What is the Shanghai Language / Shanghainese or Mandarin?

You know Chinese isn’t just a single language, right? So what is the Shanghai language then?

Mandarin, Cantonese, Hokkien, Hakka and Shanghaihua/Shanghainese are just the tips of the iceberg!

So today we delve into more detail regarding the language of Shanghai.

Can you speak Mandarin there? Should you know Shanghainese, who speaks what?

Stay with us, and find out everything you need to know

Shanghai Language – The Language of Shanghai

Shanghai Language – Do People Speak Shanghainese or Mandarin in Shanghai?

Shanghai Language – Do I Need to Learn Shanghainese to Live in Shanghai?

If you know any Chinese at all, you probably know “Ni hao” (pronounced like the English words “knee how”) means “Hello.”

What you may not know is that this is only true for Mandarin and other northern variations of Chinese.

For those who speak Shanghainese or Cantonese the story is a little different. In other variations, especially southern ones, the same characters “你好” are pronounced quite differently.

Consider these three, click on the hyperlink if you want to listen to the differences:

These are only three of the hundreds of variations of Chinese spoken across China and by Chinese people living around the world.

These variations are often referred to as 方言 (fāngyán) or “local languages.” Many of these are not mutually intelligible.

Check it out for yourself – This version of “Let It Go” from the movie Frozen includes netizens singing in 26 different variations of Chinese!

What About the Shanghai Language?

So what does this have to do with Shanghai?

If you have spent or plan to spend time in Shanghai, you will probably hear people talk about Shanghainese.

DID YOU KNOW – Shanghainese or 上海话 (Shànghǎihuà), the dialect spoken in Shanghai, is a part of the Wu dialect family and cannot be understood by Mandarin speakers.

It is only mutually intelligible with other dialects in the Wu family like the dialects spoken in southern Jiangsu cities of Suzhou and Wuxi.

So do People Speak Shanghainese or Mandarin in Shanghai?

As a rule, people can speak Mandarin in Shanghai and every other city in China.

Mandarin is the “lingua franca” of modern Chinese society.

That doesn’t mean that local languages aren’t important however.

Many people speak their local language at home and with neighbours while speaking Mandarin when traveling to other cities, communicating with customers nationwide, or when speaking with out-of-town visitors in their own city.

That being said, if you wander into more traditional parts of town, there are still many older locals that, although they understand Mandarin, only speak Shanghainese.

This means the Shanghai language will vary depending on the situation you find yourself in.

Some new arrivals to Shanghai learn to understand or even speak Shanghainese while others may go years only relying on Mandarin.

Do I Need to Learn Shanghainese to Live in Shanghai?

This means that the common language among those of us living in Shanghai is Mandarin.

In my own experience in an office environment in Shanghai, my Shanghainese co-workers speak Shanghainese with each other but Mandarin with the many coworkers who are not originally from Shanghai (which is well over half).

The newest generations of Shanghainese grew up speaking Mandarin since at least kindergarten and many of their parents even spoke Mandarin with their child at home.

DID YOU KNOW – In recent years, the Shanghai government has even partnered with academics to try to preserve the Shanghainese dialect due to fears that it may even disappear in the next few decades.

For those who think that learning a dialect is sounds fun, there are quite a few resources out there for the determined Shanghainese student.

Speaking Shanghainese is also a surefire way for a foreigner living in Shanghai to impress locals.

But, for those who are learning Chinese to broaden their work opportunities and communicate with 1.4 billion more people, Mandarin is the more practical and widespread language to learn.

Check out this video to learn basic Shanghainese greetings.

It’s more like the relationship between Italian and Spanish. Different, but with a lot of similar structures and roots.

This video is also interesting because it teaches some Mandarin phrases that have recently been incorporated and “Shanghainese-ified,” a sign of the heavy influence that Mandarin has on Shanghainese speakers in Shanghai.

Shanghai is a city of mixed language and culture.

While the traditional Shanghai language of Shanghainese can still be heard in wet markets and between neighbours, Mandarin has become the common language of the city and is what connects older residents to newer arrivals and what connects this economic hub to the rest of China.

These languages aren’t static, both continue to influence each other, as China becomes more connected both internally and to the broader world!

What are you waiting for…! 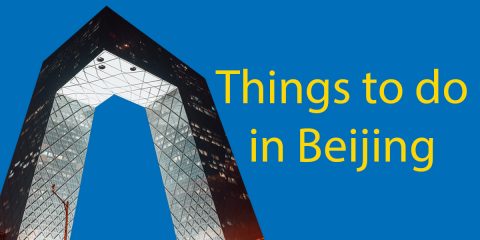 Previous Post Alternative Things to do in Beijing 💎 8 Hidden Gems 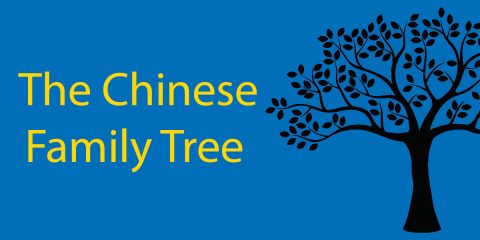