Say Election in Chinese – Learn Everything About The US Elections

Want to start talking about an election in Chinese with your friends or teacher? You’ve come to the right place!

Always a hot topic to talk about with friends, why not learn some Chinese vocabulary for US Presidential Elections so you can talk about it in Chinese too?

Once you know some vocab it’s a really interesting topic to discuss with your Chinese friends or in your Chinese class.

US Presidential Elections – An Introduction

US Presidential Elections – The Political Parties

By the way we have a tonne of other vocab blogs which our readers find super useful, so they tell us!

Check some of them out if you want to get to know more about Mandarin, including:

US Presidential Elections – An Introduction

Assuming you haven’t been living under a rock all your life, then you’ll know that US presidential elections (美国总统大选 měiguó zǒngtǒng dàxuǎn) are a BIG deal and often contentious issue.

The topic is normally such a hot news source that the mention itself can be considered it’s own conversation starter.

When you and your friends are out of ideas what to talk about, there is guaranteed to be a person to ask,

“So do you think will win the next presidential election?”…

…and the whole debate starts all over again.

Voters go to the ballots to vote for their favourite candidate (候选人 hòuxuǎnrén), this process will decide on the President (总统 zǒngtǒng) and the Vice President (副总统 fù zǒngtǒng) of the United States.

Presidents in the United States can only run for a maximum of two terms. This is why in 2016 Barack Obama (巴拉克 奥巴马 Bālākè Àobāmǎ), could not run for a third term.

US Presidential Elections – The Political Parties

First of all let’s have a look at the parties. In the United States there are two main political parties: the Democratic Party (民主党 mínzhǔdǎng) and the Republican Party (共和党 gònghédǎng).

These two parties have a duopoly (双强垄断 shuāng qiáng lǒngduàn) which means they share almost all political power in the country.

Along with the transliteration of Trump’s name as 特朗普 tèlǎngpǔ, you may also see it translated sometimes as 川普 chuānpǔ. This can sometimes get a little confusing! (You can see more about why this is here.)

These translations have negative characters in the name to make the name look and sound bad.

Did you learn something new about an Election in Chinese? Did we perhaps miss anything out?

Let us know below and rate our blog out of ten in the comments! 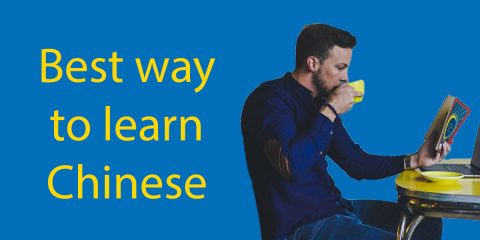