Have you ever wondered what your country’s name looks like in Chinese and what its meaning is?

The literal Chinese translations of country names often results in some funny interpretations.

Many of the Hanzi writings of foreign countries are supposed to reflect a nice meaning and also be phonetically similar (trans-literation) to the original.

Countries in Chinese – The Americas

Countries in Chinese – Asia + the Pacifics

Countries in Chinese – Conversations about Countries

However, when translated from one language to Chinese and then to English, the meaning may be lost in translation and changed to something completely different.

I tried to choose some of the most interesting literal translations, but as with all translations there is a multitude of meanings and understandings, hence results may vary from translation to translation.

So, to be clear, these are not “literal translation of the Chinese names”, rather they are literally translations of characters used phonetically.

United Kingdom: 英国, yīng guó. Either “Brave land” or “Great country” however “英” is now a character associated with England/UK.

Also worth noting the UK translates to 联合王国 which is literally – United King Country – not far off!

Russia: 俄国 é guó. This one is an exception as the first character just means Russian now, and doesn’t correspond to the phonetic in any way.

Switzerland: 瑞士, ruì shì “Lucky gentleman”. This is one of the names that gets people asking about the etymology of place names. The Chinese name for Switzerland, comes from the ancient Roman province of Raetia (also spelled Rhaetia).

Could also be a reference to the myths that the Hungarians are descended from the Huns and the Xiongnu, a perennial northern rival of ancient Chinese dynasties, are the same as the Huns.

Greece: 希腊, xī là. “Hope for BBQ”. Well, no, but “longing for cured meat” doesn’t sound as snappy. 腊 can also refer to the twelfth month of the Chinese calendar, so “hoping for the 12th month of the year” is another possibility.

Ireland: 爱尔兰, Ài’ěrlán. “Love your Orchid”. This is based on the sound of ‘Ireland’.

If you like funny translations, check out our blog all about Chinglish:

Countries in Chinese – The Americas

America: 美国, měi guó. Beautiful country, first character means “beauty” on its own, that Chinese think America is a beautiful country, but again, don’t be fooled, its only because of the sound “mer” in “America”.

Now we all know America is big so here’s the translations of each and every single state for you as well, aren’t we good to you!

Countries in Chinese – Asia + The Pacifics

China: 中国, zhōng guó. “Middle kingdom” Through out Chinese history China and its people believed that they were the middle kingdom of earth.

Japan: 日本, rì běn. “Land of the Rising Sun” or “The suns origin”

ANOTHER BONUS – Who knew Australia was also a monster of a country!

So here’s the states of Oz for you as well!

Vietnam: 越南, yuè nán. “More south” Due to Vietnamese position to China and their long history.

Malaysia: 马来西亚, mǎ lā xī yà.”Horse comes to West Asia”. Which is funny, because they are in Southeast Asia.

Gabon: 加蓬 jiā péng. “Add Fleabane” or “Add daisies”. Fleabane is a type of plant in the daisy family.

This section covers the countries in Africa whose names are transliterated, meaning that their characters were chosen for their readings and not the meaning.

WANT MORE? How about checking out some city names in Chinese next?

Interested in Learning Chinese in China? Check out our language courses or get a head start and study Chinese online!

Or if you love learning about country names in different languages why not check out our big guide to learning the countries of the world in Japanese too!

We also offer Online Mandarin classes for all ages, all levels and all nationalities! 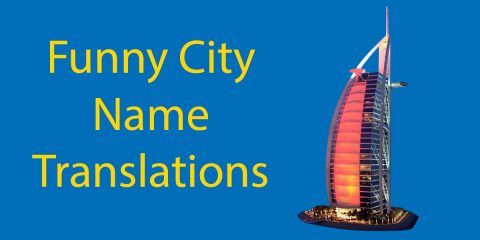 Next Post 12 City Names in Chinese 😂 The Funniest Literal Translations