Let’s talk about dragons, not the fire-breathing kinds you see on Game of Thrones Dragons or other western depictions, but rather the myths and legends of Chinese Dragons.

Below are some of the types of dragons from myths and legends from across China.

In Western culture, dragons are depicted as evil, fire-breathing creatures that like to destroy castles, kidnap princesses, and hoard gold.

In China and most places in Asia, the dragon 龍 “Lóng” symbolizes nobility, holiness, and good fortune.

They symbolise auspicious powers, especially with regards to waters like rainfall, typhoons, and floods.

FUN FACT | The earliest depiction of dragons can be found on jade artefacts in Inner Mongolia belonging to the Hongshan culture dating from 4500 to 3000 BCE.

Therefore dragons, or at least to the concept of a dragon, could be over 6,500 years old!

For this reason, dragons have existed in Chinese culture throughout the centuries and remain an influential cultural element.

So much so, that some Chinese people refer to themselves as “the Descendants of the Dragon.”

Before we get into more details about the myths of Chinese dragons, let us first see the complete list of China’s dragons:

Bixi Dragon (赑屃) is a dragon with a turtle shell and appeared as early as the 3rd century (late Han dynasty). Emperors used sculptures of Bixi in Chinese history to commemorate important events such as the anniversary of a successful war.

The Bixi dragon, or rather depictions of Bixi, can be found throughout Japan, Korea, Vietnam, Mongolia, and Russia.

Qiuniu Dragon (囚牛) is the eldest of the nine dragons. According to legends, Qiuniu is yellow with a dragon’s head and a snake-like body.

He is a talented dragon who likes music and is customarily carved at the head of Chinese instruments such as violins.

Yazi Dragon (睚眦) is a warrior that enjoys killing. Know for his aggression Yanzi was commonly engraved on weapons such as swords, hilts, and axes.

Yazi is depicted with his mouth wide open with four legs, long tail, and horns.

Chaofeng Dragon (嘲风) is a curious and adventurous creature. Chaofeng is commonly carved into roof ridges to frighten away evil spirits and stave off disaster.

Pulao Dragon (蒲牢) is an ocean creature. Most notably, the Pulao is known for a roar that shook the earth and heavens. Pulao is engraved on the bells in China to ensure their sound remains loud and true. There’s a bronze sculpture of Pulao on the Big Bell Temple in Beijing.

While Pulao loved the sea and the oceans, his arch enemy was the whale.

Chiwen Dragon (螭吻) translates to “hornless-dragon head”. Chiwen is a dragon that likes to perch atop rooftops and stare into the distance.

For this reason, he is commonly seen on either end of rooftops in China and will consume all evil influences that try to enter.

Bi’an Dragon (狴犴) is a wise and eloquent dragon. Legend has it that Bi’an’s father watched him settle a dispute between two merchants.

Bi’an’s good judgement earned him the position of supervising doorways to great prisons as he would ensure the guilty remained inside.

Suanni Dragon (狻猊) is a lion-shaped creature that loves fire and the smoke it produces. Suanni was commonly engraved on the base of Buddhist thrones and incense holders.

Suanmi was renowned for his inclinations to resting and contemplation as well as tending to the fire.

Ba Xia Dragon (霸下) is a hybrid of a tortoise and dragon that enjoyed transporting heavy items across the land.

He enjoyed drinking water and is commonly found engraved on bridges, graves, and other important statues.

Chinese dragons are regularly associated with wind and water.

While most people in the west associate dragons with death, destruction, and hoards of gold, in China and most of Asia, dragons are legendary divine creatures that bring prosperity, luck, wisdom, and fortune.

Chinese dragons are the angels of the Orient and are cherished and worshipped.

Most temples throughout China will have shrines to honour them, for they control the rain, rivers, lakes, and seas.

Have you been to any of these rivers? Drop us a comment below if so and tell us!

Chinese dragons are commonly associated with royalty and emperors.

According to legend China’s first emperor (Fu Hsi) has a dragon’s tail. Since then, all Chinese emperors have been considered to be descendants of dragons.

The Imperial Dragon has five claws to represent his powers of simultaneously distributing orders in four directions, while the fifth claw is centred.

Chinese Dragons represent the ‘essence of life’ or more commonly known in Chinese as ‘sheng chi’ as the dragons control the seasons, such as bringing water from rain, heat from sunshine, wind from the sea, and soil from the earth.

To most Chinese people, a dragon symbolises safety and vigilance and a Supreme Being amongst all creatures.

Being the legendary and divine animal that it is, the Dragon can ward off wandering evil spirits, protect the innocent and bestow safety to all that hold his emblem.

The Chinese zodiac dragon, like all zodiacs, comes in a cycle every 12 years.

As you can imagine, being born in the year of the dragon is a big deal.

For this reason, it should come as no surprise that the Chinese Dragon is by far the most popular Chinese Zodiac.

Every 12 years, there is a noticeably increased birth rate in China as parents attempt to bring this divine protection to their children.

If you are born in the year of the dragon, first of all, good for you, but it might interest you to know not all zodiac dragons are the same.

They go in a cycle of Wood, Fire, Earth, Metal, and Water.

The Wood Dragon is artistic, imaginative, and curious. A Wooden Dragon is guided by logic and ambition that allow them to put many of their thoughts into practice.

These Dragons will compromise if it is advantageous. Although they’re not as self-centred as the other dragons, they are outspoken and fearless when challenged.

It should come as no surprise that the Fire Dragon is the most extroverted and competitive. Nothing is too challenging, and they expect a lot from everyone.

Fire Dragons are empire builders that can arouse large and popular support.

The Earth Dragons are quieter than most dragons and more reflective. They’re described as appreciating others’ opinions even when they disagree.

Still, Earth Dragons are no pushovers. While they might be calm and appreciate cooperation and diplomacy, they still demand respect.

Famous people born in the year of the Earth Dragon: Adele, Rihanna, and Emma Stone.

Metal Dragons, as the name suggests, are pretty inflexible, unbending, and combative. These guys give little to no regard for others’ emotions.

Their ruthlessness can result in a swift progression to a seat of authority, however usually at the price of destroying vital relationships.

It is futile to persuade them that sure things are utterly undoable, and if they cannot gain support, they’ll probably succeed anyway as they refuse to give up.

The Water Dragon is less egocentric, opinionated, and power-hungry compared to the other dragons.

They make good negotiators that can accept defeat and relinquish the unfeasible so that they can concentrate their energies on the most rewarding endeavours.

Want to discover your very own Chinese zodiac? We’ve of course got your back!

Check out our super cool Chinese Zodiac Calculator which paints your picture quite beautifully!

Dragons have not and will not go out of fashion anytime soon, considering humanity has been talking about and drawing them for up to 7500 years!

The earliest depiction of dragons can be found on jade artefacts in Inner Mongolia belonging to the Hongshan culture dating from 4500 to 3000 BCE.

2. In Ancient times only royalty could have items with pictures of dragons

Ordinary people like you and me could never get their hands on the prized dragon images.

To Chinese and other Asian societies, dragons bring good fortune.

For this reason, they’re commonly seen perched on buildings and in artwork.

Have you ever wondered why Asian people use chopsticks? Come and visit our blog as we give you a rundown on the history of Chinese chopsticks…

Not literally, but dragons are closely parallel with the water, such as oceans and rivers, according to Chinese mythology.

For this reason, most of China’s major rivers are named after dragons.

What is lesser-known is that the ‘Dragon Dance’ is depicted in ancient texts dating back thousands of years!

As Chinese dragons were associated with rain in ancient China, the performance was commonly performed to Yinglong (应龙), a rain deity and Shenlong (神龙) the ‘god dragon.’

There were performances for other Dragons during the Han Dynasty, such as the bai xi (百戲), where performers called “mime people” (象人) dressed up as various creatures such as beasts, fish, and dragons.

There are also records of a fish-dragon dance called “fish-dragon extending” (魚龍曼延) that was performed at the Han court to entertain foreign guests – in this dance, a mythical beast of Shenli (舍利之獸) transforms into flounder, then to a dragon.

On the 5th day of the 5th month of the lunar calendar, Chinese people celebrate the Dragon Boat Festival 端午节 (duānwǔ jié).

The Dragon Boat Festival is based around a Chinese legend of a man named Qu Yuan, who decided to drown himself due to pain caused by the corruption in his government.

Fishermen rowed dragon boats to recover Qu Yuan’s body while beating drums to scare away the sea creatures and throwing wrapped rice to ward off the dragon that haunted the river.

As we’ve discussed, colours have a variety of meanings in Chinese culture.

Proverbs and dragons are two very popular things in China.

So you can imagine there are hundreds of Chinese sayings about dragons. Here are a few examples:

龙潭虎穴 (Lóng tán hǔ xué) – “A dragon’s pool and a tiger’s den.”
You are entering a dangerous location.

叶公好龙 (Yè Gōng hào long) – “Lord Ye loves dragons.”
Someone who pretends to like something when they instead fear it.

There you have it – a complete guide to the Dragons of China. We hope you learnt a load of new things today!

Our blogs are all written in the hope you come to our website and take away something brand new!

If you fancy learning more with us, why not try some free Mandarin lessons whilst you are here! Zero costs, no strings attached! 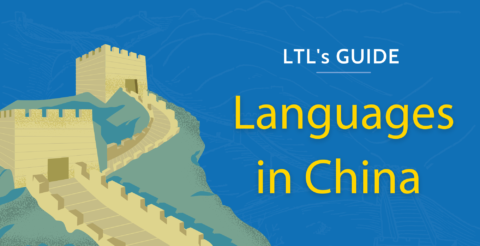 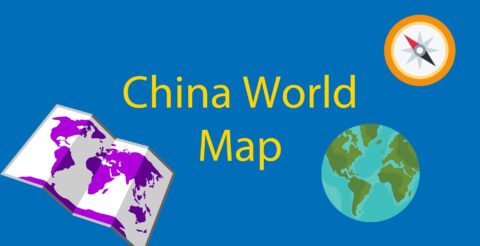