Let’s start with some basic information about this province:

Guangxi, formerly known as Guangxi province, has been an autonomous region in China since 1958.

It is an autonomous region in the South of China and borders Vietnam in the South West. Provinces Yunnan, Guizhou, Guangdong and Hunan border it on other sides.

The climate is subtropical/monsoon, and the region’s terrain offers beautiful landscapes, a vast expanse of mountains and beautiful beaches along China’s South coast, find out more about what there is to do in this area in our things to do in Beihai blog.

It is also home to the unique karst mountain structures which certainly give the region a unique beauty and make it a famous spot to visit.

This means on a visit to Guangxi you can enjoy the sites in warm temperatures almost throughout the year.

Summer lasts from April to October and coldest temperatures in January not reaching lower than 4°C and being as warm as 16°C.

Guangxi originally became a part of China during the Qin Dynasty (221 to 206 BC.).

Before this, it was inhabited by a mixture of tribal groups, known to Chinese as Baiyue.

Due to its far Southern location, Guangxi autonomous region didn’t fall during the Chinese civil war and joined the People’s Republic in 1949.

Guangxi was originally a province in China, but it gained its autonomous region status in 1958.

The ethnic groups in Guangxi account for nearly one-third of the population in the autonomous region.

Their houses are built on stilts, with the lower floor of the house used for housing livestock and the upper floor where families live. They have a traditional dress, and their language is entirely different and unique.

Other ethnic groups that make up the one-third of Guangxi’s population include the Yao, Dong, Miao, and Shui. These are smaller ethnic groups but all play an important role in the region.

Each ethnic group has its own, unique language and culture.

Their food, clothes, architecture and language all differ from group to group, and the also celebrate different festivals.

This is one of the unique characteristics of Guangxi autonomous region that make it all the more colourful and special!

Unlike many regions in China that have their own specific food tastes, Guangxi’s food isn’t easily distinguished by a certain flavour.

Instead, it is a combination of many different types of flavours found around China.

This is largely due to influence from the various ethnic groups found within the region.

Whilst flavour may not be a distinguishing factor in Guangxi cuisine, there are certainly some dishes and ingredients that you can only find within Guangxi autonomous region.

In the South of China, noodles are used much more commonly instead of rice. You can also see this in Guangxi cuisine, with rice noodles being a popular item on the menu.

The Li River heavily influences the ingredients used for Guangxi cuisine. A popular dish is snails. Beer fish is another very common dish originating from the Yangshuo region of Guangxi.

The name gives it away entirely. It is a large cat-fish cooked in Li-Quan beer to give it an extremely… Unique taste.

Whilst some say it’s mainly a dish there for tourists following China’s food rule of “putting two good things together must make another good thing” (recently also seen in Starbucks beer latte), it’s one to tick off the list when visiting Yangshuo.

The Ultimate East vs West Battle // A Cuisine Comparison (for 2022)

Eastern Diet vs Western Diet // Food from the East, or food from the West? There are so many amazing dishes. Here’s the ultimate East vs West guide!

Guangxi is home to some of the most beautiful landscapes in China.

Guilin is the home of the famous ‘karst mountain’ structures and the Li River. Both combined form a landscape you’ll never forget!

Guilin and Yangshuo are the two most popular places to visit in the Guangxi autonomous region, neither should be missed on a visit there!

Guilin is the place to visit if you want to check out the Li River. It is located in the South East of Guangxi autonomous region.

Its landscape is so famous that you can find it on the 20RMB notes – the karst mountain structures towering over the Li River surrounded by beautiful countryside.

Guilin certainly is a place to escape the hustle and bustle of Beijing or Shanghai city life. It’s a fairly small city in terms of China, with a population of 4,750,000+.

Yangshuo is a backpackers town nearby Guilin.

Both Chinese and foreign tourists flock to this town throughout the year.

The warm, monsoon climate allows for visits throughout the year – but do be aware of rainy season. Unfortunately, due to the influx of tourists, the town is constantly having to rebuild to accommodate for this, meaning it is slowly losing its countryside charm.

It’s also known to be home to the world’s most beautiful McDonald’s (because of the stunning view looking out of the windows at the towering karst mountain structures all around).

Apart from the surrounding landscape, the main area to visit is West Street – a lively hub of bars and restaurants to cater both for tourists and the locals of Yangshuo.

Another great place to grab a bite is just down by the Li River where you’ll find endless BBQ places to fill you up.

Because of the endless mountains that surround Guilin and Yangshuo, it has become a world-famous destination for rock climbers.

The tall karst mountain structures allow for a climb that is like nowhere else in the world. Plus, the surroundings offer such breathtaking views.

You will be able to find multiple places to help take you rock climbing in Yangshuo, or if you’re an avid rock climber you’ll have your own kit ready to go.

Just make sure to chat with the locals to make sure you head to a good spot not too filled with tourists.

Whilst the weather in summer can be very hot and maybe not the best for hiking, the months surrounding summer offer the perfect weather for a hike.

And, there are endless routes you can take. Hiking up some of Yangshuo’s mountains, however, is a must.

They may be quite a tough climb being pretty steep, but once you get to the top and enjoy the view below of the endless karst mountains surrounding you, it’s totally worth it.

Head up for sunset or sunrise to make it that even more special.

Taking a motorbike/scooter and just driving around the roads of Yangshuo and Guilin are some of my fondest memories of my brief time living there.

Get away from the world and lose yourself in the mountains that tower over you.

Take a ride out and come across small villages with cute cafe shops or just find yourself a spot to enjoy the scenery.

Always wanted to have a go at Tai Chi?

Yangshuo’s beautiful, peaceful surroundings make it one of the best locations to pick up this new hobby.

There is also a good few schools to choose from in the region, many of whom cater for those who don’t speak Chinese.

What are you waiting for?

Whilst one of the more touristy attractions in Guilin or Yangshuo, taking a river cruise on the Li River is just one of those things you have to tick off your list.

Head down the river on a bamboo boat pushed by a local and take in the scenery around you.

We recommend you leave your phones behind for this one – just so you can make sure to enjoy the calming river cruise, and also don’t drop your phone in…

Let us know in the comments below if you think we’ve missed off something worth mentioning on Guilin province autonomous region! 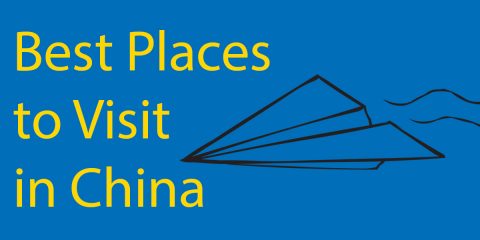 Previous Post Best Places to Visit in China … for Scenery 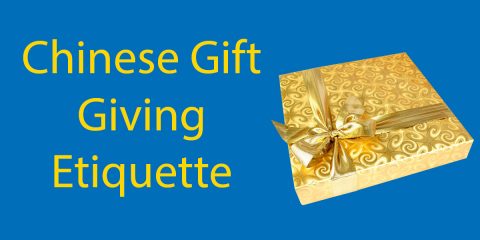