OK so what you think is…

Being vegetarian or vegan in China isn’t possible.

Guess what! Living in China as a Vegan or Vegetarian is absolutely possible!

Let’s kill the myth and show you living in China as a Vegan or Vegetarian is easier than you might think!

Eating meat in Chinese culture is actually considered a sign of prosperity, hence the consumption of most edible parts of an animal is common – including rabbit heads.

Furthermore, in a lot of vegetable dishes minuscule pieces of meat are frequently used as garnish and people don’t really consider them as meat, but just as a mere decoration.

That’s the reason why, when you specifically ask the waiters for a dish without any animal products, in most cases, they will first reassure you they will follow your wishes.

However, after your food arrives, there’s a really good chance it is just a vegetable dish with some small pieces of meat, eggs etc…

Living in China as a Vegetarian | Vegan in China: Useful Phrases

Living in China as a Vegetarian | Vegetarian in China: Useful Phrases

Living in China as a Vegetarian | Veggie Restaurants in Beijing

Living in China as a Vegetarian | FAQ’s

So here’s the deal Veggies and Vegans

You will be pleased to know that a lot of vegetables are used in Chinese cuisine.

Even though the majority of the population in China is not vegetarian, there are some popular Chinese dishes you can easily find and eat because they are 100% made of food which is of plant origin.

Before we move on with some key vocabulary here are LTL’s top five dishes for a Vegan or Vegetarian in China. Rest assured there are many more great contenders also!

Top 5 Dishes for a Vegan or Vegetarian in China

Let’s see 5 dishes both vegan and vegetarian can eat in China:

When in China, you might also need to explain that you’re a vegetarian or a vegan as well as needing to specify what you eat and what you don’t.

All you have to do is learn the following expressions to make your life in China much easier:

Now we are going to take a look at some real life stories of LTL students, past and present.

How did they cope in China as a Vegan or Veggie?

What is Tofu & How is Tofu Made? Your Questions, Answered

Tofu Dishes, How It’s Made & All The Varieties Of Tofu As one of the staples of East Asian cuisine, tofu (豆腐 dòufu) is a food you will definitely encounter on a trip to China. But what is tofu? And how…

funnily enough we have another blog dedicated entirely to vegetarian eateries in Beijing so rather than go into detail we will link them all below and you can go and read more about each one by clicking the links!

These are in no particular order and do bear in mind things change quickly in China!

We will do our very best to keep the list up to date for you though.

Noah’s Story as a Vegan in China

I have to admit that I was worried about coming to China, as I knew Chinese people eat a lot of meat.

At the beginning it was quite hard for me to find suitable food, especially as I could not read many characters on the menu of restaurants or in the supermarket or when shopping in China for food.

Two things that helped me a lot:

Secondly, asking my Chinese friends to show me some vegetable dishes in nearby restaurants.

I knew what I could eat and not. After getting to know the authentic Chinese cuisine, I realized that there are loads of vegetable dishes and yummy tofu. There are even real vegan restaurants that offer fake meat like duck, fish and crabs. Definitely an interesting experience!

MY MAIN TIP: When ordering food in a restaurant, it’s always better to ask twice if it has meat, fish, eggs, milk products etc! Just saying “I am vegan/vegetarian” is often not enough, as this concept is not so common in China.

Thanks to Noah from Germany who studied Chinese with us at LTL for 4 months in total which involved some time in Shanghai and some in Beijing.

Hello, my name is Meity and I’m doing the 5 weeks of Mandarin Classes at LTL Beijing.

I am a pescatarian who doesn’t eat dairy, which did worry me a little when booking my trip out here.

I was worried about being too shy to raise questions about food or even use my Chinese to ask if something had meat in it.

After only 2 weeks of being here I have realised it’s really not anything to worry about.

Here are my tips I would give to vegetarians, pescatarian or vegans:

1. Write Down Key Phrases on your Phone

Things like “no meat” or “does this have meat in it”. This would be even useful for people with allergies such at nuts.

I would recommend writing down both the pinyin and characters, that way you can say it and if they don’t understand you, they can read the characters.

This is useful for vegetarians/vegans travelling in general.

It highlights all the local shops and restaurants which are either have veg options or are vegetarian/vegan.

3. Use a Hidden Feature on WeChat

Its called translate which is the most useful thing I’ve learnt so far.

You can take a picture and it will scan the characters and translate it for you. This is super useful for someone like me who doesn’t always have the courage to speak up in busy environments.

How to Learn Chinese on WeChat 🤔 Is It Possible?

The Complete Guide to Learning Chinese on WeChat (for 2022 & Beyond)! If you’re thinking about moving to China, you should consider installing WeChat (Wēixìn微信) on your smartphone. In fact, let’s re-phrase that – you should absolutely download WeChat on your…

4. Go For a Menu with Pictures

It is also a good idea to know a few basic characters such as “meat” “egg” “ fish” .

Often in Chinese restaurants the descriptions are super long, but if you can just pick out a character like meat or vegetable it will save you a lot of time.

And just so you know:

If you can’t find anything that’s suitable (hasn’t happened to me yet). You can always order a bowl of rice and some veg.

They will be your vegan paradise. It’s also a chance to try mock meats.

Being a Veggie in China – Conclusion

The phrases you need to know:

And don’t forget! Chinese food is actually a lot healthier than it’s given credit for. Check out our blog debunking the MSG myths!

Hopefully this post has been of real use to you. Do you have any favourite Veggie dishes we may’ve overlooked?

How do you get by in China as a Vegan or Vegetarian? Tell us and share your experiences below in our comment section.

We’ve also got plenty more veggie based content which includes:

That’s not all either. Stuck with a food allergy?

Follow our blog on how to say Allergies in Chinese or Danger Zones for if you have a peanut allergy.

Plenty of reading to make sure you get the very best from your experience in Asia. Enjoy!

Veggie and Vegan in China // FAQ’s 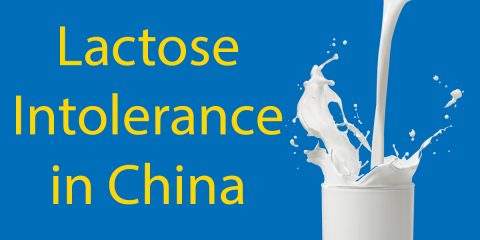 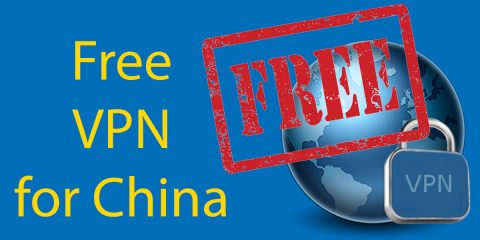