In part 1 of this blog series, we look at the first major cultural differences you may come across when dating in China.

When you think you’re clued up enough on dating Chinese guys, or girls, see below for information on the best Chinese dating apps there are around.

China is a very different culture to what you may be used to, so unsurprisingly there are quite a few cultural differences or things that may surprise you when dating Chinese guys…

ICYMI – Read Part 1 of the series, otherwise, let’s continue below…!

Dating in China – Being Looked After

Dating in China – Who Pays the Bill?

Dating in China – Parents have the Last Word

Dating in China – They Date for Marriage

Dating in China – Being Direct and Open

Dating in China – The Many Valentine’s Days of China

Chinese Dating – A Pat on the Head Goes a Long Way

As an adult, I’ve only ever been patted on the head when dating in China.

I’m not sure about other cultures, but certainly in British culture, a pat on the head is generally used in a patronising way when you want to suggest someone is being childish or naive.

In Asian culture, it is similar to giving someone a touch on the arm, kiss on the cheek, or a cuddle.

Luckily, I watch a lot of Japanese dramas and anime, so I was well aware of the ‘head patting’ etiquette and was quite touched when it first happened to me.

Chinese Dating – Being Looked After

Ladies, ever hated carrying your own shopping bags?

Or not only shopping bags, but your own handbag or purse? Dating a Chinese guy might be the answer for you.

Coming to China for the first time, I was very confused to see the amount of Chinese grown men carrying round pink fluffy bags or Gucci purses.

I soon realised that these items belonged to their girlfriend or other half that would be walking with them.

Well, Chinese guys really like to look after their partners. This can be a little too much for many Western girls that like to be independent and get offended when someone holds the door open for them.

Well, I say embrace it.

Yes, you can look after yourself. But it’s always nice being looked after too. However, as I mentioned this can get a bit too much, and you may get sick of the morning “today it will rain so don’t forget an umbrella” text.

No, I’m not just talking about the PDAs (public displays of affection) you may come across, or the disgustingly cute couples cuddling and wearing the same clothes as they walk down the street.

No, this time I’m talking about the public displays of fighting.

And it is not unusual for them to make these fights public, instead of keeping them private as we may prefer to do in Western culture.

I’ve seen way too many couples in the street screaming at each other, girls having a paddy lying on the floor, or walking off in a huff.

It’s an amusing sight, to be fair. And, well, they get their stuff resolved.

Unlike in the west when things will often go unsaid for a long period of time until it builds up and becomes too much.

Silent treatment is definitely NOT a thing in China!

Paying the bill in China, whether you’re dating in China or you’re with friends, always ends up in a vicious argument or competition of who gets to swipe their WeChat first.

Arguing to pay the bill is something you’ll see Chinese people do on a daily basis.

Because of this, it is expected that the girl will pay.

Of course, it depends on your situation (who is working more etc) but generally, it will be kept like this. I have many Chinese female friends who say that with some of their boyfriends, even long-term ones, they never once paid the bill – and they never planned to.

I’m not going to lie. I like to be treated to dinner. But I also understand that many girls don’t like this, and many like to split. But for me, I don’t mind. In fact, I really enjoy it.

Personally, I’ll often offer and also pay myself (although for this you may need to steal their phone or wallet – literally did this once).

Chinese guys listen to their parents. Especially their mothers.

Sorry. So make sure you make a good impression on that first initial meeting!

Chinese Dating – They Date for Marriage

Dating in the Western world has become much more fluid than dating in China.

Many people are starting to want to be more independent and are searching for new experiences, to meet new people, or just generally to have a bit of fun – rather than search for a life-long partner.

For many Chinese people, their entire life and life-goals are based around finding a wife, having children, starting their own family and making their parents proud.

So when you start dating a Chinese guy, it’s best to be aware that he’s probably thinking more seriously than you are  – and it won’t be long until talk of marriage is brought up.

Chinese Dating – Being Direct and Open

This may be more of a culture shock for British people who are especially reserved and awkward, but Chinese people, in general, are incredibly forward and open.

The same goes for dating in China.

Never in my life have I been told so many times that I’m fat, that my hair looks bad, or that I should lose some weight.

Luckily, I’m pretty body confident and don’t take it too personally – and I actually prefer the directness.

But this certainly isn’t for everybody, so if you’re sensitive this is something to watch out for! Don’t take it too personally!

Whilst you are dating in China, you may want to keep an eye out for the many Chinese Valentine’s Days.

The are SIX of them, in fact. All throughout the year.

There’s actually a 6th one which was originally meant for Single folk… no surprise given the fact it’s known as Single’s Day!

We wrote a whole article on this day alone, it’s pretty special, but why?

So now you’re all clued up on dating in China, how do you go about it?

Dating in China has changed over the years, and it’s no longer the simple ask somebody out on a date, and go for it.

No, that’s way too personal. We are the generation of dating apps.

And China has a bunch of them. We tried and tested the most popular ones out there!

Known as the Chinese Tinder, the interface is similar to Tinder’s and it works exactly the same.

This Chinese dating app is also similar to Tinder in that you can create your own profile and set your parameters, and also pay if you want to access the VIP feature.

It’s full of Chinese people so a great way to practice your language skills. Not many will speak English.

Chinese Dating App Pros – This app works better than Tinder (in my opinion) in that is is quicker and generally has more people on it. I guess it helps living in a big city like Beijing though…

Chinese Dating App Cons – Despite my 50k + likes (I know right, ego booster or what) I’ve only ever met up with one person. That’s not because I met the love of my life after the first one. It’s because it’s incredibly hard to get past the first few typical questions here, and is generally used as a hook-up app still.

This was the first of Chinese dating apps to cover the whole of China, and originally was the best app for a hook-up.

It has moved on now to get rid of its bad reputation and focus on dating.

A Chinese dating app for those serious about dating, and not just looking for hook-ups. This is a popular choice for those looking for a long-term partner.

To set up your own account, you have to have a pretty good life profile.

You will need to provide proof of your name, proof you own a house/apartment and a car, upload your school graduate certification, and your credit score…..

I don’t think I qualify to use this one?

Blued is the most popular Chinese dating app for gay people, and it works in a similar way to a messaging app. Set up your profile by sending photo verification, then get going!

If none of these are for you, get your VPN on and get back onto Tinder/Grindr.

The Best Cheesy Chinese Chat Up Lines (PLUS a Bonus Video)

Pick Up Lines in Chinese – Living in China and have a HUGE crush? Here are LTL’s top 8 Chinese Chat Up Lines to help you find true love.

What experiences do you have? Are they similar or the complete opposite?

Let us know in the comments below! We’d love to hear your stories!

What about learning Mandarin Online? Have you seen our brand new, amazing Flexi Class system for learning Chinese online? 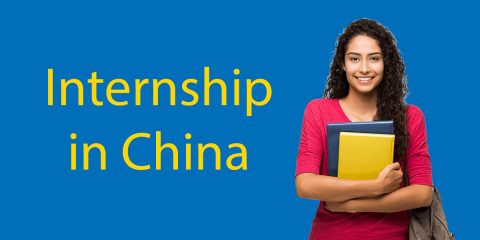 Previous Post Internship in China for International Students 📊 Is It For Me? 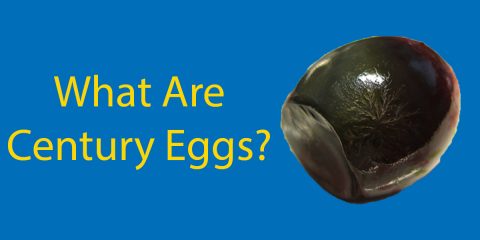 Next Post What Are Century Eggs? Should You Try Them? Your Questions, Answered