WHAT? There’s a new HSK Exam?

You are probably a tad confused by the title of this blog, so let us rephrase.

THE CURRENT HSK EXAM SYSTEM IS GOING TO CHANGE but the time of the change has been confusing many of you (us included)!

The New HSK will now launch its new HSK 7, 8 and 9 levels and exams in March 2022. If you plan to take the HSK soon, please continue to read and check the changes for 2022.

I’m sure there are a lot questions on your lips… will I have to take the test again, is my current qualification still valid…?

It’s the facts we’ll be covering here in this one-stop article. Feel free to check back as we’ll be constantly updating this throughout 2022.

To make sure you are the first to receive the news, be sure to be signed up to our newsletter:

New HSK | Why the Change?

New HSK | What Does This Mean For You?

NEW HSK – Introduction to the HSK

HSK or Hanyu Shuiping Kaoshi (汉语水平考试) came about in 1992 as a proficiency exam for Mandarin Chinese.

The exams are organised by Hanban (汉办). Hanban are a part of the Chinese education ministry, who are also in charge of the Confucius Institutes (孔子学院).

All the exams contain listening, reading and writing components – with HSK 1 and 2 not requiring the writing element.

We still do not know what the actual situation will be, but we do know that the New HSK Exam will contain more words, more levels and it will be no doubt harder – as the following below will illustrate.

PS – You can find the official HSK website here.

Announced in May 2020, released via the official HSK official Twitter Account, the exam will change from six to nine levels!

In order to mark the examinees’ current progress, the nine levels will be sub-divided into three stages.

For advanced learners to acquire native-level proficiency certifications, the highest classification will be be further divided into three distinct levels.

We also know the New HSK consists of these four elements:

However, it is worth knowing the following also:

New versions of HSK Exams for 1-6 will most likely be released in 2023-24 and the rollout is expected to take a couple of years so the process remains a lengthy one.

On the contrary, the HSK 7-9 examinations will be officially launched in March 2022.

Officially referred to as HSK 3.0, the new HSK exam structure will be divided into three stages and nine levels with:

According to the Chinese Testing International Centre in Barcelona, the advanced levels (7-9) are for foreign students who want to specialize in Chinese language and literature, and other majors such as Sinology.

The Advanced HSK exam (Level 7-9) is scheduled to be released in the first half of 2021.

Whether it be the lower level or highest grade, you must learn more words so it will certainly be a harder test!

Here’s a side-by-side look at the Old HSK vs New HSK to give you a clear indication that the NEW HSK will be certainly more difficult.

In a PDF published by the International Chinese Education (世界汉语教学 shìjiè hànyǔ jiàoxué), they further outline the new proficiency standards for all the levels.

The difficulty has certainly increased!

Focusing on the vocabulary column (词汇: cíhuì) a.k.a. the fifth column, we can see that just for level 1 the threshold has increased.

Instead of previously needing to learn 150 words for HSK 1, this has now increased to 500.

Therefore, by increasing the threshold students will be pushed harder to learn more words.

You can find a full downloadable wordlist for the New HSK here.

Starting from next year, 2022, all overseas HSK3 to HSK6 test takers are required to take both HSK and HSK Oral Test.

The written and spoken part will come as a combo package. This change will only affect all overseas HSK testing sites. Testing sites in China will not be affected.

HSK Written and Speaking test result reports will be issued together.

On the first half of 2022, four examination dates were added:

From January 1, 2022, the home online examination service fee will be adjusted as follows:

(2) Preferential treatment will be given to the test sites where HSK written test level 3-6 and oral test are combined to implement home online test: the service fee for the combined level test will be implemented according to the original written test + oral test service fee, and will not rise.

NEW HSK – Why the Change?

There is no definite answer to this question.

But here’s some possible reasons:

NEW HSK – What Does This Mean For You?

There has been no word so far on what this means for graduation requirements for international students in China.

HSK did however confirm the following: “The scores of candidates participating in HSK 1-6 levels are still valid, and the validity of the certificates already obtained remains unchanged”

Regarding text books HSK went on to say:

With the exam system changing, it is hard to go into details what this exactly means for you.

Previously, a level between HSK 4-6 was sufficient for students who wanted to pursue graduate or higher-level degree in Chinese.

As soon as more details are announced, we will update you.

If you have any more questions feel free to comment down below and we will try our best to answer them.

In keeping with the news above, the Ministry of Education in China have released this rather large (260 pages to be precise) PDF which is the full word list for each level of the HSK.

Whilst the wordlist shows all the words included in the new HSK curriculum, it still doesn’t show the breakdown from HSK 7 onwards.

These details will be released nearer the time presumably, but for now, here is the full document if you wish to download it.

PLEASE NOTE – it is a rather large file so may take some time to download, unless you have particularly fast internet!

As of right now, the HSK remains 6 levels and that means you can test yourself right here with our super handy quizzes.

We have two quizzes for every HSK level:

Results are instant and also sent to your email address, also showing where you slipped up!

We take huge pride in our student pass rate of 95%. It not only shows our teachers are the best in the business but that all our students are so driven to succeed.

Motivation is a big part of language learning and we wanted to share two stories of students who boast this in abundance.

Language learning isn’t a talent, it’s a will to win.

Anthea and Emma, from France and Germany respectively, gave their all in their year with LTl and came out with HSK 6 certificates!

Here is an insight into their stories.

Who knows, maybe they’ll go a step further and go full steam ahead for the HSK 7, 8 and 9!

Our top tip to you is not to worry!

The new exam system is good for beginners and definitely a challenge for any advanced learner.

Although your current level will be most likely downgraded due to this new system, the good thing is that you can still aim for HSK 6.

Unless you intend to specialize in Sinology or otherwise, this level is probably enough to get you where you want to be!

FUN FACT – Did you know LTL students have a 95% pass rate when taking the HSK Exam. We genuinely know how to get you passing with flying colours.

If you want to take the perfect preparation course for your HSK Exam, drop us a message.

We offer HSK classes both online and offline.

PS – DID YOU KNOW you can study the HSK with us online here! 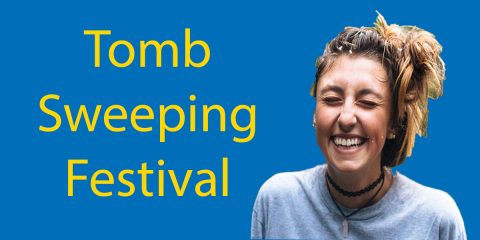