Simplified Chinese vs Traditional Chinese // What’s Best For Me?

Don’t worry, you are in the same boat as virtually every Chinese learner at some stage!

Knowing where to start is hard so let’s try and help.

Simplified vs Traditional Mandarin – Why Does Simplified Chinese Exist?

Simplified vs Traditional Mandarin – Why Do You Want To Study?

Simplified vs Traditional Mandarin – Use Pleco

Simplified vs Traditional Mandarin – What’s The Best To Learn?

BONUS – Listen To Our Podcast

Why did Simplified Chinese come about?

Originally the idea came about in the 1920’s but it wasn’t until the 1950’s that Simplified Chinese was actually born.

But why did China feel the need to implement a simplified system? The reasons are two fold:

In the 50’s a huge 80% of the population were illiterate, an astounding number.

Therefore, by giving them an apparently easier way to learn their language, it allowed the number to decrease rapidly.

On the contrary, Taiwan, Macau and Hong-Kong kept using the traditional characters they have been using for thousand years.

They say traditional Chinese characters need to be preserved because they better reflect Chinese heritage and legacy.

Others think traditional characters are more beautiful, and the more strokes, the less ambiguity on the meaning it conveys.

Where do you want to Study Chinese?

Breaking it down quite simply for you:

If you want to study in mainland China, or even Singapore, study simplified Chinese.

If you want to study in Hong Kong or Taiwan study traditional Chinese.

PS – we have a school in Taiwan!

To be frank as a Chinese language learner, whether you choose traditional or simplified Chinese, it won’t make much difference in the long run.

Both sound exactly the same when spoken, and in many cases there are plenty of similarities to the characters.

If you are certain on your destination being Hong Kong or Taiwan it makes perfect sense to start with TRADITIONAL CHINESE as that’s what you are going to be faced with day-in day-out.

If you are uncertain of your destination, or it could vary, go with SIMPLIFIED CHINESE because the chances are, you’ll be spending more time in places with simplified Chinese than traditional Chinese.

12 Useful Chinese Words With No English Equivalent Learning Chinese is often quite challenging. But those who have reached fluency in the language can confirm that it’s totally worth it. 16% of the global population speaks a variety of Chinese,…

Unless you’ve been living under a rock, or just haven’t gotten stuck into Chinese yet, you’ll no doubt know what Pleco is, but just in case you don’t…

Pleco is an online Chinese dictionary which is a saviour for pretty much any foreigner out there.

Not sure of the Chinese word?

No problem, Pleco will help you out with numerous translations for any given word. Just type in the English and your problems are solved!

What does this have to do with Simplified of Traditional Chinese?

Pleco not only provides the simplified Chinese (which most other apps would only provide), but it also provides the traditional counterpart, which means no matter which you decide to learn, you won’t be caught short without a Chinese dictionary.

Pleco Review // Your Definitive Guide Pleco is one of the most famous names in the world of Chinese Language Learning. I am sure most students learning Chinese will have heard of Pleco. Today we discuss why Pleco is such…

Simplified Chinese vs Traditional Chinese – What’s The Best To Learn?

You can certainly make a case for learning both in tandem.

It will do more good than harm, BUT if you are starting out as a Chinese beginner, it’s probably best to simply get used to the characters themselves first, the radicals, the stroke order etc.

These are essential in understanding how a character is built.

You’ll notice that traditional characters are WAY more complex than their simplified counterparts in some instances. It’s no good putting yourself through that at an early stage, but still…

… there is no reason why you cannot get familiar with some of the more basic examples and ease yourself in from an early stage.

For example one of the earlier characters you’ll probably get to know when studying Chinese is the word for Gate which is 门 Mén.

Now take the traditional version of this – 門.

Not exactly much of a sweat is it!

Once you know the simplified, you’ll be recognising the traditional with absolute ease and this can be said for a number of other characters.

Another common word you’ll learn is the word for Now which is 现在 Xiànzài.

The traditional counterpart is – 現在.

Again, it’s not exactly difficult to pull these apart.

The point being here is that familiarising yourself with some basic traditional Chinese is absolutely worthwhile and it’ll give you a head start if that’s the path you so wish to take in the future.

Ultimately though this comes down to your study goals, everyone’s situation is different, everyone has a different end goal.

So on that note…

If you don’t believe traditional Chinese to ever be of any genuine use to you, why would you learn it?

In most instances yes, but sometimes there are some rather odd exceptions!

Here is one of our favourite examples, take the Chinese character for “enough”

NOTE – the traditional version is in brackets, to the right of the simplified version.

See what they did here, the traditional version of the simplified character is exactly the same, but just flipped from left to right.

That said, we’d be lying if we said all examples were like that, because they are not!

And then there were more

This sets the tone (sorry, pun intended), but that shouldn’t scare you.

Right now, it might look like a crazy mess of squiggly lines, but once you get to know it, you’ll see everything breaks down quite logically and sometimes, bizarrely, it’s even easier to recognise the traditional character, because there are more parts to the character.

Students of Chinese have many very weird and wonderful ways of remembering simplified and traditional Chinese characters. You don’t have to understand it, it should just work for you.

BONUS – Listen To Our Podcast

If the topic of Simplified Chinese vs Traditional Chinese is one that really gets you, take a listen to our podcast.

In this episode our Marketing Guru’s / Mandarin Speakers, Katie & Max talk about the differences in further detail – and how they confront the issue!

WHAT ABOUT ONLINE – did you know we offer online classes on our amazing new software! 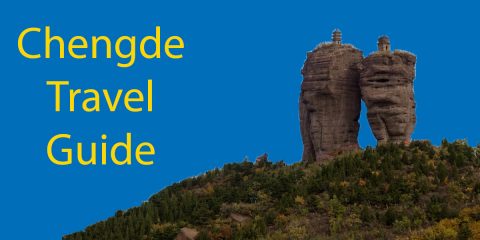 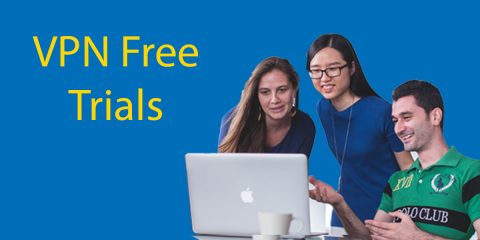