Learning Chinese is often quite challenging.

But those who have reached fluency in the language can confirm that it’s totally worth it.

16% of the global population speaks a variety of Chinese, with Mandarin Chinese being the most spoken language on earth.

When we learn Chinese, we’re opening ourselves to a whole new culture, to new ways of thinking, and to numberless professional opportunities; whether we’re interested in tech, manufacturing, or Chinese translation.

The 12 Best Benefits Of Learning A Second Language

Learning a foreign language not only can provide personal fulfilment, it can also open the door to a multitude of new opportunities not available for the monolingual speakers.

The way a language works is tightly related to the worldview of its speakers.

There’s no better example than the existence of untranslatable words in any language.

Some words, like “Sobremesa” in Spanish, are linked to certain traditions. Others, like “Backpfeifengesicht” in German, or “Toska” in Russian are about ways we relate to others (and to ourselves) and the way we see the world.

The feelings that these words encapsulate might be common to the human experience (“Backpfeifengesicht” is the feeling that someone should be slapped while “Toska” designates a sense of vague melancholy or anguish), but it’s worth wondering why these languages have specific words for them.

In the case of Chinese, there are many words that have no precise English translation.

Some refer to customs and traditions, like the aforementioned “Sobremesa” in Spanish ,  which designates the time one spends around the table after a meal, chatting with friends and family .

Others are as abstract and precise as “Backpfeifengesicht”.

Let’s take a look at 12 words in the Chinese language that have no English translation:

While 香 could be translated as “fragrant”, when we’re referring to food, this term alludes to a rich, strong food smell that opens up your appetite.

You’ll often hear this used to describe food at the table so keep an ear out. That said though, there isn’t really a like-minded word in English

孝順 is a term inspired by Confucian philosophy. It might be translated as “filial piety”.

It’s a sense of obedience and duty to one’s parents.

In youth, 孝順 is about listening to one’s parents and doing as they say.

In adulthood, it’s about one’s obligation to take care of them.

While Westerners might want to be perceived as noble but flawed, and one builds closeness and respect by recognising mistakes and being able to laugh at oneself, Chinese people tend to have incredibly strict behavioural standards and gravitate towards solemnity.

For instance, in China, it’s not uncommon for the CEO of a bankrupt company to commit suicide, due to the loss of 面子 that failure represents. Pretty intense right!

The concept of “face” is “untranslatable” because it is, at heart, characteristically Chinese.

It’s also one of the greatest causes of misunderstandings between Chinese people and foreigners.

So, for foreign business people building relationships in China, it’s essential that all documents go through a certified translation service provider and that all interactions are mediated by a culturally-sensitive interpreter or cross-cultural consultant.

脸 is often translated as “a sense of shame and deep care about socially-established standards in morality and behavior”. It’s the foundation of 面子.

This concept is best understood through an anecdote that corporate trainer Rupert Munton once shared.

When the Chinese engineers found themselves unable to get the gas to pump through the pipeline, they arranged a meeting with their British counterparts.

Upon revising the project documents, the engineer that had little experience working in China noted that his Chinese counterpart was using local measurement units, instead of the global standard.

How Does Language Change Your Brain?

How Does Language Change Your Brain? Lower risk of developing dementia or Alzheimer’s, improved creativity, improved cognitive ability, among many benefits.

This was probably why the meters were failing.

The British engineer had a heated discussion with his Chinese counterpart, yelling at him, being aggressive, infantilising and sarcastic.

Eventually, his more experienced countryman kindly put him aside and explained the situation to him. They soon noticed that the Chinese engineer disappeared.

He returned with a book, which he showed to his foreign but culturally-sensitive colleague.

The Chinese professional had scratched off a figure and quickly replaced it with the wrong number: He wanted to make believe that the book had given him the wrong answer.

His counterpart pretended not to notice and accepted it, “understanding” that the book had given his colleague the wrong answer.

见外 means to be unnecessarily polite with someone you are closed to.

The literal translation, “to look outside”.

While etiquette is crucial in Chinese society, just like “saving face”, Chinese people tend to relax their manners when they’re with close friends or family.

Useful to know if you have a Chinese partner!

Saying “thank you” to a friend for a favour, for instance, is seen as 见外.

Hello in Chinese 👋🏽 20 Ways To Greet Someone in Mandarin

So you think you know how to say hello in Chinese? It’s easy, isn’t it? But did you know there are at least 20 ways to greet someone in Mandarin?

冤枉 could be translated as “judging someone unjustly for a crime that they didn’t commit”.

One of the most amazing traits of the Chinese language is that such situations can be synthesised in one or two logograms.

The term’s literal translation is “to wrongfully accuse”

关系 is a mutually beneficial relationship that is not based on manipulation or mere interest, but that can open doors for both parties.

This “connection” (another literal translation of the term) can be thought of as “networking”, but it’s not limited to professional or business settings, and it involves a deeper sense of friendship.

撒娇 means “acting like a spoiled child” in a cute way.

This behavior is very common in couples, when one of the partners is jokingly acting pouty or exaggerating their reaction to a certain situation in a cute and childish way.

Chinese-English dictionaries tend to define 撒娇 as “to act like a spoiled child”, “to throw a tantrum” and “to act coquettishly”.

The term 辛苦, literally translated as “hard”, “exhausting” or “with much toil”, is used to communicate that one recognises someone’s hard work and thanks them for it.

When a couple has split and ex-partners feel disappointed about love in general, one could say they are 失恋.

It could be translated as “heartbroken after the end of a relationship”, or “experiencing disappointment in love after a breakup”.

Not one you want to be using, but a good one to understand regardless!

When a teacher you greatly respect is giving you advice, you 傾聽: You listen attentively and respectfully.

It basically means when you are listening out of respect and courtesy.

So there we have it…!

As a student of the Chinese language:

Let us know what you think in the comments below.

Like what you’ve read? Why not check out our top untranslatable words in Vietnamese or our New Korean words added to the English Dictionary as well?!

A huge thanks to Sean Hopwood for this wonderful guest blog post.

Sean Patrick Hopwood is a language polyglot and can speak 7 languages. He is also the President of Day Translations, a certified translation company. 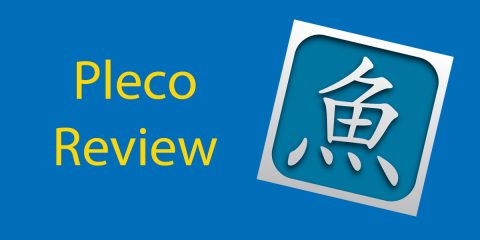 Next Post The Great Race 🐯 Ultimate Guide to Chinese Zodiacs