Here are 5 more things to watch out that you may come across on a trip to China or when spending an extended period of time in the middle kingdom.

Brace yourselves and enjoy part II of our Culture shock series below.

ICYMI – Click below to find out our first five culture shock’s to watch out for.

Culture shock mind f*ck: Do you just not want to be in my presence or..?

So mobile phone usage is becoming an issue all over the world, but it is particularly apparent in East Asian countries, including China.

DID YOU KNOW – there is actually a term used to coin smart phone addicts in China, 低头族 (di tou zu), this literally translates to head bowing clan!

It is not uncommon to see people gathered together around a table simply on their mobile phones. In fact, there was recently a case where a woman used her phone so much her hand got stuck in a phone-holding position.

Phones will almost always be on the table next to the owner and constantly checked.

Social media in China is big too, and many will be on their phones addicted to the latest apps – one of which includes Douyin (English name Tik Tok), the popular Vine/Instagram, style app.

If you begin to use this yourself you’ll start to recognize the same popular songs used on the app.

And you may even get addicted yourself (word of warning from a self-confessed Douyin addict – it is addictive.)

The main one that I find hard to comprehend is using your mobile phone when on a date.

So many times I’ll see a couple on a date in a restaurant or a cafe simply on their phones not chatting to each other but clearly in a different world where they’d rather be? Who knows.

Maybe it’s nice to spend time with each other but also doing your own thing. I can comprehend that… But going out of your way to go for a nice meal, then not spending any of that time together?

I also have seen this frequently with a couple of friends out together – often female – who are more concerned with Instagram accounts than anything else.

Maybe I’m being too harsh on China on this one because it is seen all over the world – but still, be prepared to see a lot of phone action.

Culture shock mind f*ck: Which way round are you supposed to go?!

Chinese toilets come in all shapes and sizes, but traditionally they are squat toilets that are long and narrow, that, as the name suggests, you squat over.

This sounds easy, but just when you think you have got the hang of the squat toilet you’ll find one that’s a bit different and you’ll stop for a second to consider which way round you’re supposed to face.

Do I face the door or do I turn my back and have the toilet flush in my face? Do I aim for the hole in the toilet or do I go for where the ‘splash-back protector thing’ (yes, that’s its scientific name) is even if it’s not near the hole..???

The Complete Guide to Christmas in China + Flashcards The question on your lips… Do Chinese people celebrate Christmas? A few years ago, the answer to this question was a definite no, but in the last few years, probably due…

Well, more often than not the urge to pee takes over any desire to further question the appropriate toilet etiquette and I just go with whichever feels more natural. After all, there’s no one to tell you what’s right or wrong.

… That’s until you head to a Beijing hutong toilet and realise that it’s communal style, even for the ladies. That’s right girls – drop those pants and let’s squat together!

Culture shock mind f*ck: Do we really also need to be involved?

From arguing in the road to children going for a number 2 in the middle of a busy shopping street – you’re bound to see a lot in China. In fact, you’ll almost certainly see too much. Chinese people don’t seem to have the same sense of shame as Western/British people do, and don’t mind being much more open.

You’ll rarely see a couple arguing in the street in broad daylight in England (unless you’re walking past a pub) and seeing a child do a number 1, let alone a number 2 would be generally unheard of.

But seeing Chinese people fight is not uncommon, and can be entertaining.

Remember, it’s not a zoo, but there will most likely be a few other Chinese onlookers to see how the situation progresses.

This is one aspect of Chinese culture that yes, is shocking, but I really respect a lot of the time.

If Chinese people have a problem, they say it there and then. They fight, then it gets resolved. Why does something need to be dragged on for so long like it so often is in the West? Or even never said and never resolved…

… The going to the toilet on the street thing, however, is something I’d rather not see.

Culture shock mind f*ck: Why not stand on the other side…

Chinese people always seem to be in a hurry when it’s not necessary. In a hurry to get off and on the subway and therefore causing them to be delayed even more (see ‘Queueing’ below) or going sightseeing and breezing through everything worth seeing after a few quick snapshots.

But when I’m in a hurry and want to walk down or up the escalator, saving those few precious seconds – or if I simply fancy the exercise – I find myself blocked behind one stubborn Chinese person who decided to stand on the other side. For apparently no reason whatsoever other than hey, why not.

To be fair to Chinese people usually, if you signify you’d like to pass by, then they will move for you.

This means that you have to stop being so polite and just tell people to move out of the way.

But sometimes you do come across a stubborn ayi (old Chinese lady) who refuses to acknowledge your existence and stands firm.

In these frustrating moments of not being able to pass, I usually take the opportunity to chill out for 30 seconds, contemplate life and the world, then am very glad when the bottom/top of the escalator appears and I can stop thinking about such silly things and get on with my busy day in China.

Culture shock mind f*ck: It’s quicker if you queue though…

Brits are well known for their admirable queueing etiquette. Perhaps we take it a bit too seriously sometimes, but to me, it just makes sense. Queueing usually makes things go faster, which is the goal of anybody who is pushing during a queue.

So… Why not just wait a moment?

This is something you can experience in daily life as an expat in China, and something I experience every day on the Beijing metro commute home.

Many will rush to the doors to exit the train but since everyone does this at the same time, you just get stuck at the doors as the long crowd of Chinese people try and fit through at once.

If you just waited to get off and let 2 people through at one time, it would be fine.

To add to this chaos, Chinese people like to make sure they get on the subway in good time. Without letting people exit first.

I guess you can begin to imagine how this chaos unfolds as 20 Chinese people try to exit the subway whilst 20 try to get on. At the same time.

However, I’d be lying if I said I didn’t enjoy the chaos that surrounds the no-queue policy.

It’s good fun pushing your way through the crowds to make sure you get onto your subway and brings out an almost primeval ‘survival of the fittest’ feeling.

There are many things that make me question life and reality in China and induce a thorough dose of culture shock. But, that’s all part of the fun and living, working, or studying abroad.

China and Chinese people have opened my eyes to a whole different culture and way of living.

Although they may do things differently, culture shock doesn’t have to be a bad thing.

Think of it as learning something new. But whilst you may do your best to understand a new culture, there may be some things that just leave you…. speechless. And that’s fine. 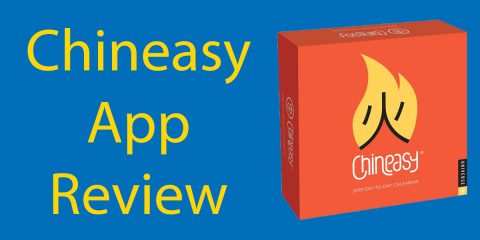 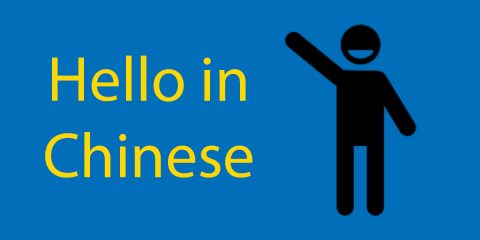