It’s true when they say you won’t see any foreigners in Chengde.

The only ones I met during my three months there were fellow LTL students or tourists, and even those were just a handful.

In the shops, if I didn’t understand what people said to me, the reaction was always the same: “哇! ! 你是外国人吗?” (Wow, you’re a foreigner?) as if this was the first time they had met one.

But that was the whole point of going to Chengde: full-blown immersion!

It was both easier and harder than I expected. I made sure I was staying with a family that spoke no English, which meant that all communication had to be in Chinese.

But suddenly I didn’t know how to say ‘broom’, or ask where to throw the rubbish. Simple every-day vocabulary that despite three months in Beijing, I didn’t know: I just hadn’t needed it until then.

At the same time, Chengde is a big enough city that it was easy to adapt – even if by Chinese standards it’s tiny with a population of ‘only’ 500,000 people.

There were shopping centres, big supermarkets, movie theatres, even several KFCs, McDonald’s and a Pizza Hut.

Street signs were bilingual, ATMs had an English option and a few restaurants and cafes also had a menu in English.

Of course, as with so many other things in China, this wasn’t completely thought through as none of the staff would understand if you ordered in English, so you still had to use the Chinese names or resort to pointing!

But that was a good reminder that if I wanted to make myself understood, I was just going to have to try.

And I often surprised myself by deciphering words I didn’t even know but could somehow guess.

Best Places to Visit in China … for Scenery

Best Places to Visit in China … for Scenery Studying in Beijing or Shanghai and want to take a break? Or just travelling around China? There are so many things to see and do in China, we thought we’d help…

Every day, I did six hours of one-on-one classes with a tutor, which was a bit much.

I’d recommend four at most: after that, your brain just refuses to absorb any new grammar or vocabulary.

But we found another solution, which was to take the lessons out of the classroom regularly.

We roamed around the Mountain Resort (the emperors’ former summer residence) and met up with other students and their tutors for outings, we toured a wet market one early morning and went to the cinema to watch Chinese movies.

One tutor took me to visit her grandmother outside Chengde and we picked long beans and salad from her garden and helped her prepare a hotpot in her simple home.

Even just window shopping brought up a whole new range of topics and useful new words, and my spoken Chinese definitely improved through that.

Through my host family, I discovered new foods – including silkworms and pig intestines, which I tried out of courtesy and then left to the others to devour!

Day-to-day life in a big family, with a two-year-old toddler running around and two sets of grandparents that I completely confused at the beginning was rewarding.

All of whom welcomed me like another family member. I learned to make ‘jiaozi’ and became quite good at it, ‘Nainai’ – the grandmother – also took me ‘square dancing’ on the street in the evening a few times. Great fun, I really recommend trying it!

Immersed in China – Living in Chengde

Chengde itself was a great place to live in.

I walked or took the bus everywhere. I loved exploring the city’s sights, from the copy of Potala Palace and the Outlying temples to Shuang Ta Shan (Twin Pavilion Mountain) and the bizarre Sledgehammer Rock.

You could spend hours at the Mountain Resort, with its beautiful pavilions and lakes, and deer in the forest.

On weekend mornings, all of Chengde seemed to gather in the park to square dance, play badminton or shuttlecock or practice taijiquan 太极拳.

It was fantastic to watch: young and old, friends and family, all come out to play together for a few hours.

Of course, the same habits were present here as elsewhere: people spat loudly in the street and tossed ice cream wrappers into the river, and obnoxious drivers seemed to honk even more than in Beijing if that was possible. But hey, that’s China!

Thinking back, I can’t point to a favorite moment from my three months in Chengde: it was all part of an experience.

I didn’t even realize how much I’d learned until I left. Suddenly, things that had seemed so complicated a few weeks earlier, were clear as daylight.

Words and expressions that I struggled with before, or didn’t even know I knew, came easily.

And that’s probably the best thing about Chengde: you’ll learn a lot, whether it’s about the language, the culture, or just life in China. Without even realizing, just by being there.

Written by Sim Sim, an LTL student from Austria who studied 12 weeks Intensive Individual Mandarin Classes and lived in a Chinese homestay full board in Chengde.

Want to learn Chinese from the comfort of you own home? Then Online Chinese lessons might be the thing for you. 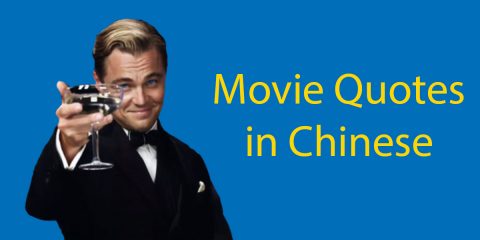 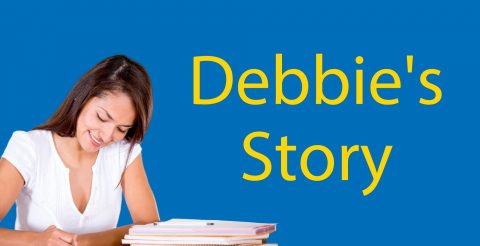