How far did Benny get to Learning Fluent Mandarin in Three Months?

Benny Lewis (“Fluent in 3 Months”) came by LTL Mandarin School last weekend for two hours of Chinese class and we spent about an hour chatting in Chinese afterwards.

(well not the whole time – I was cutting vegetables for a BBQ also).

He is leaving the mainland tomorrow and it seemed there are quite a few people around on the internet who are interested to know how far he actually could progress.

He didn’t sit any exam or something like this but based on what we saw, our school teacher and I wrote a quick review of his language skills.

Fluent in 3 Months – Tones in Chinese

Very good. Sometimes using the wrong tone on a word, but I would say that happens to any non native speaker.

He has got the concept right, uses them consistently and clearly.

Want to nail down the tones yourself? You can do in just two minutes…

Also very good, though for someone with mother tongue English who studied intensively for three months this is in our experience to be expected.

Makes some mistakes, for example:

Overall knowledge of sentence structures definitely good enough for pretty much any day to day conversations and social occasions, however I do not think for business or advanced level conversations.

He knew the rather subtle difference between 咱们 and 我们 which I don’t think most learners after 3 months would know, especially when studying in Taiwan, as 咱们 is mainly a northern expression.

He focuses only on character recognition without writing by hand at all, which does make sense up to a point if you want to quickly progress.

Overall his character recognition is a lot lower than his spoken ability though – this was obviously not a focus of his studies.

Also, he studied in Taiwan, as a result being more familiar with traditional than simplified characters, which is obviously not that helpful on the mainland.

He obviously spent a lot of time listening to people talk in mandarin.

That in turn has improved his listening ability beyond what he knows in vocabulary, being able to get the meaning of sentences in most cases even if he does not know all the words/sentence structures used.

Very motivated and not afraid to speak which is what in my experience gets people ahead in mandarin, with impressive determination.

We spoke for an hour in Chinese and he did not try to switch to English a single time, which many people after three months of studying would still do, especially when speaking to another “European”.

He obviously feels comfortable to communicate in the language and is able to do so.

I think from the way he uses the language in every situation possible and forces himself not to use English a lot of other learners could benefit – you can clearly see the results with him or other people who studied that way.

Speaks at good B1 (European Framework) level, but a lot of work left to get to fluency, which I think shouldn’t really surprise anyone who is involved in studying/teaching Chinese.

If you look at his progress for someone who was in a full immersion program for three months and partly worked in English while studying (blog writing in his case) it is overall very impressive though.

I would say it if he hadn’t been blogging in English while studying and had a few more grammar lessons with a good teacher he might have made it to spoken B2 level.

To further progress he would need to start to focus more on Chinese characters though.

For the European Language Framework I would say he definitely reached B1 level. For the HSK, HSK 3 is supposed to be B1, though most people think HSK 3 is a lot easier than B1 (a lot of discussion about this – will not get into details here).

In any case, I would say he would pass HSK 3 for the spoken part without problems, though he would struggle with the characters.

HSK 4 he might pass on a good day for the spoken part, definitely not for writing/reading though.

Want to try a full immersion course in China? Study Chinese fully immersed in Beijing, live with a Chinese only speaking homestay family or study in the old imperial summer capital Chengde and bannish English from your life. 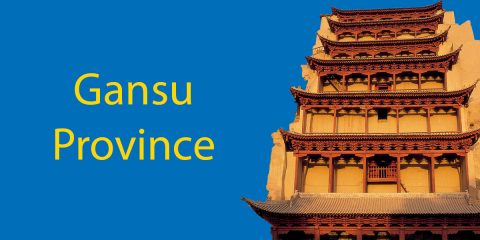 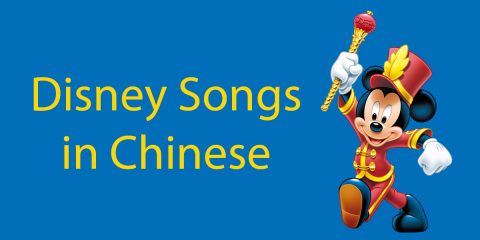