Ninchanese Review // What Do We Think?

We continue on our quest to review as many language apps as possible to allow you to see first-hand, what we really think.

Here at LTL we are all ardent Mandarin students, so there’s no better people to listen to than our good selves!

Ninchanese is a website and app that uses gamification and an SRS system to teach you Mandarin.

Here, we’ll be reviewing the app to see if it’s worth using as part of your Mandarin studies, and if so, how.

Alright, let’s get to it!

Chapter 2 – How Does Ninchanese Work?

Chapter 3 – What Else Does Ninchanese Have to Offer?

Chapter 5 – Is Ninchanese Free or Paid?

Chapter 6 – Should I Use Ninchanese?

Ninchanese – The Pros and the Cons

Let’s start with a birds eye view on Ninchanese with a quick list of pros and cons.

Now let’s put a it of context around some of these points and go into more depth.

Ninchanese is split up into 6 main “worlds” which are based around (old) HSK levels.

You can jump into whichever world you want right from the start (ex: HSK 4) so you don’t have to go through the previous worlds first.

Within a world, you play different “stages” to advance, which go in the order of vocabulary, grammar, and speaking, or as Ninchanese calls them “Learn some words!” (blue), “Build sentences!” (green), and “Express yourself!” (pink).

Within 1 world, there are typically around 80-100 stages in total.

So if you complete three stages a day for example (i.e. 1 of each kind), you might finish the world in a month.

Of course, you’re free to go at whatever pace suits you best!

As mentioned in the pros and cons section, personally, I find that the vocabulary and grammar stages are quite useful, as they’re fun and teach you a lot.

Announced in May 2020, the HSK is changing from March 2022. This includes moving from 6 levels to 9. See all the changes here (including FULL word list).

In a vocabulary stage, you’re shown a new word (including characters) and its reading, and then asked to type in the pinyin or the meaning.

Once you type both correctly twice, you progress onto the next word.

Each stage has 20-30 words on average (although the system shows it as double that, as it counts readings and meanings separately).

It’s worth noting that you don’t have to finish playing a stage in one sitting and can come back to it if you don’t want to do all of those words at once.

The words also come up later in your reviews, which I would recommend doing at least once a day in order to properly utilize the spaced repetition system and be able to recall what you’ve learned later.

BONUS | You can tick a box in your settings to get an email telling you how many reviews you have to do on Ninchanese every day. Use it! That way, even if you forget about Ninchanese for a day or two, the emails help to remind you to come back.

Is it useful vocabulary?

Yes, the vocab taught is fantastic, as it centers around topics like greetings at the beginning of HSK 1, and traveling during part of HSK 4.

You will absolutely see the words that you learn, which makes the vocabulary incredibly useful.

Now, what about the speaking stages?

To be honest, the speaking stages do need some improvement. That being said, the dialogues are quite meaningful and do represent real situations generally.

In the “Express Yourself” stages, you’re given 2 options

In a speaking stage, you play the audio of a sentence in a dialogue related to the vocabulary you’re learning, and then repeat it.

The system will then grade you on your tones, pronunciation, and if you said the right words.

WARNING | The audio is computer-generated, so while the speaking stages are required, I wouldn’t depend on them as a source for real speaking (or really, shadowing) practice.

The grammar stages are fantastic, primarily because the lessons around each grammar point are short, sweet, and to the point.

After reading a lesson, you then practice building sentences using the grammar point and the vocabulary you learned in the last vocabulary stage.

“Building” a sentence works by taking little blocks, each with a word in them, and putting them in the correct order to make a sentence.

You build 10 sentences on average, and you get a great feel for how to use the grammar point/pattern.

Those are the stages.

Besides the stages, Ninchanese has a few more things to offer!

What Else Does Ninchanese Have to Offer?

Ninchanese’s gamification is one of the best parts about it!

It’s present throughout the interface, and helps to keep your learning feel fun and fresh!

The main places you’ll see the gamification elements are:

At the beginning of each stage, before you go to speak or build sentences or learn vocabulary, you’ll see a bit of the story that Ninchanese is based around.

The story follows Lupishu, who starts as a baby dragon at the beginning of the story and grows bigger and changes colors as you finish each world.

In order for Lupishu to become an adult dragon, he has to learn Chinese.

He also has a mission he’s trying to complete with the help of the Nincha, or cats, who live in the country of Ninchanese (I’ll be vague so I don’t spoil the story).

The story is skippable if you don’t care for it, but I personally enjoy it! It’s a nice way to add a bit of fun into going through the different stages.

In addition to the story, the gamified elements are also present in the leaderboard (below on the left).

The leaderboard can be found on the left side of the screen when you’re in the home page of a world, and shows your rank (generated from the points that you get after completing each stage successfully) against the rest of the people using Ninchanese.

I find that this element is very motivational for me, as I’m competitive. It helps me really try to get everything right in each stage, so that I get the maximum number of points.

You can also add people as friends on Ninchanese and have separate leaderboards for your friends and for the entire Ninchanese population.

Finally, the gamification is present in the progress bars.

As you play your way through each world, you can see the progress bars fill up for words, sentences, and dialogues successfully played.

As you can see on mine, I don’t try at all on the dialogues, I just say something for the voice recognition to pick up and move on, since I don’t really see the point in them.

Like the leaderboards, the progress bars are nice for motivation.

They let you visualize your progress in whichever world you’re in. As the bars fill up, you work harder since you want to fill them up all the way.

To sum it up: The gamification is fantastic because it’s fun and helps keep up your motivation to come back to Ninchanese day after day.

This is a recently rolled out feature, and one I greatly appreciate!

Besides the vocabulary introduced by Ninchanese, you can also add vocabulary you encounter in your Mandarin studies to your own lists on Ninchanese.

It’s definitely a useful feature, and takes Ninchanese to the next level for me since I no longer have to depend on Anki.

What is a Ninchallenge? Good question!

A Ninchallenge is a 1-vs-1 challenge where you’re matched with another person (either a friend or random) on Ninchanese to test your knowledge of hanzi and words you’ve learned.

It can be fun to do, although it often happens over a period of hours rather than minutes as when your opponent will take their turn and when you take yours might vary.

I don’t use it often, but it’s an extra element of gamification that I’d recommend to those who enjoy 1-vs-1 features.

So, as you’ve seen, Ninchanese has lots of features that separate it from other learning methods, the main one being its varied gamified elements!

However, the real question is:

Will My Chinese Improve Using Ninchanese?

In my opinion, it’s worth using solely for the nice user interface and built-in SRS system, but the super useful vocab and through grammar stages are excellent as well!

Ninchanese is a great way to review vocab by HSK level (for example, if you’re studying for an HSK exam, you can review the necessary vocabulary and grammar) as well as add your own lists.

The SRS ensures that you’ll learn the vocabulary throughly as long as you do your reviews every day, and the grammar stages can be replayed to review grammar points.

However, while Ninchanese can definitely help improve your Chinese, it won’t teach you everything, so you should also use other resources to practice reading, listening, and speaking.

Now then, on to one of the most important questions…

Is Ninchanese Free or Paid?

Ninchanese is freemium, meaning that you can access vocabulary stages, grammar lessons (but not sentence building exercises), and the main HSK worlds.

However, you can’t access the speaking stages, extra worlds, or make your own lists without paying.

So, how much does it cost?

Ninchanese frequently runs promotions, but its normal price is $10 USD per month, making it quite cheap even for students or those on a tight budget.

There is also a 14-day money back guarantee.

Conclusion: Should I Use Ninchanese?

If you like gamification, a gorgeous user interface, and loads of useful vocabulary (plus lots of other features), Ninchanese is a great addition to your study materials!

Plus, at such a cost-effective price, it’s hard to pass up!

However, I’d recommend using an app like Du Chinese (see LTL’s Du Chinese review here) to practice reading and perhaps Flexi Classes for speaking practice, since Ninchanese isn’t enough to make you fluent in Mandarin on its own.

I also wouldn’t mind a projection of when I’m next going to get reviews!

That said, personally, I’ve been using it since last June, and I find that it offers great value for such a low price, in terms of vocab, grammar, and pure enjoyment.

Want to learn Chinese from the comfort of you own home? Then our 24/7 Online Chinese lessons might be the thing for you.

We offer a 7 day free trial to all new online students where you can study Mandarin 24/7. Come and check it out free of charge and see what you think! 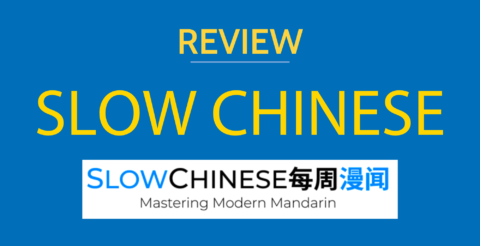 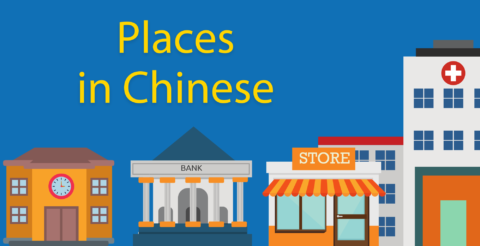