This is part one of LTL’s “Learning Shanghainese” series where we follow Alex, in his quest to learn Shanghainese. Alex was born in Russia, grew up in Israel, and has been living in China since 2012. Shanghainese will be his 12th language, and 3rd Chinese dialect.

If you’d rather watch the video instead… here’s our man Alex!

I moved to Shanghai in January 2016. Before I started living here, the only dialect of Chinese I was studying aside from Mandarin of course was Cantonese.

The reason for this was that Hong Kong is quite famous for movies and media, and it felt really cool to me the idea that I would understand what they were saying, and on the on-and-off chance that I meet someone from that area, I will be able to chat to them and impress them.

After arriving to Shanghai and getting to know a bunch of Shanghainese friends, I started hearing more Shanghaihua around me.

The language itself is quite different from Mandarin, so even though I spoke Mandarin fluently, I could not understand for the life of me what they were saying.

They did their best to speak in Mandarin, both because this is the default language of conversation for them (even Shanghainese people tend to speak to each other in Mandarin, due to getting used to this obligation back from school days) and because they knew I didn’t speak a word in Shanghainese.

I quickly became filled with envy and wanted to also be able to speak it.

People having their own “secret cool language” was always a motivation for me to study other languages, and the same goes for this one.

And think how impressed they will be if they have a foreign friend who speaks in their own tongue! There’s a quote that’s people always appropriate to Nelson Mandela that says,

In my own experience, this is actually what happens when you learn languages.

As LTL Mandarin School has a teacher in Shanghai who is himself also a native from Shanghai and speaks the languages, I thought to myself and asked the Director of Studies…

“Would it be possible to personalize my Individual classes, so that I study Shanghainese instead of Mandarin?”, and she said “Sure!”.

And that’s how I started my Shanghainese lessons, doing 1.5 hours per week of 1-on-1 time with my teacher Alex, going through the pronunciation, learning new words and trying to build sentences every Monday evening.

My first lesson of Shanghainese was both a thrill and a nightmare at the same time!

I got used already to the tones of Mandarin and the way the language is pronounced, but Shanghainese was a totally different ball game.

Aside from the “v” and the “ng” sounds that do not exist in Mandarin, the tone system in Shanghainese is not the same.

I wouldn’t say it’s a lot harder than Mandarin, as from my understanding, there are about 3 tones, with two of them used more often, but as with any language, learning the pronunciation system of any new language is tough at first.

After covering basic greetings and simple rules similar to Mandarin in the first chapter, we tried simulating a small conversation and to my surprise, it worked quite well.

Towards the second and third lesson, when we started running through a book specially designed for studying Shanghainese.

We also started learning the romanisation system that is used for Shanghainese, similar to the Pinyin system used in Mandarin.

As Shanghainese is not a language commonly studied, especially using textbooks, the romanisation is not fixed, and many parts of it need to be learnt new without any reference to Mandarin or other system.

Together with the teacher, we practiced the various sounds and read the dialogues that follow each such practice.

At this point, Mandarin really helped a lot.

While the pronunciation is completely different, many of the characters still mean the same thing, and it definitely helps with understand the dialogue first, and then trying to pronounce everything as accurately as possible.

I’m still not completely in control of the tones, but I think that will come with time and the more I practice both with my teacher, and with my Shanghainese friends (who by the way are super happy about me studying their language).

The teachers spices things up in the class from time to time by giving references to Shanghainese culture, such as the so-called “Four Shanghainese Breakfast Dishes” (大饼 Pancake, 油条 Oil Stick, 茨饭 A type of cooked rice cake, and 豆腐浆 Soy Milk).

Another thing is a funny story he told me that while people in most parts of China offer water to guests that arrive to their homes.

I had to change my schedule a bit with my classes. Now, we take them during the daytime on Tuesdays instead of Monday evenings, as this is both easier for me and the private teacher.

In effect, I feel that it is much more relaxed now that we do it in the afternoons, as I don’t get the same kind of tiredness I would if it was in the evening, right after work, and I can focus more intensively on this dialect of the Chinese language.

We also recently changed the study method of the lessons from what it was in the past.

Previously, we used to just run through the textbook, and originally my aim was indeed to quickly finish the book, get a general idea of everything, and then slowly put it all in order by doing frequent reviews and such.

Now, although the general plan is still the same, we also tend to focus more on speaking.

As my Shanghainese improved quite a bit thanks to my knowledge of Mandarin Chinese and my more basic knowledge of Cantonese, I can pretty much guess the pronunciation of many words and use those when discussing the class material.

This means that I’m now at the level where the majority of the lesson is handled in Shanghainese to learn Shanghainese, rather than using Mandarin.

This is great, as it allows me to practice specifically very colloquial speaking and immerse myself more in the language, but on the other hand, it does make the class a little bit more tiring at the end of the it due to it being more intensive.

Another recent problem that occurs to me is the mixing of languages.

As I started recently reviewing my Cantonese on my own, my Shanghainese took a hit from it in the same way that my Spanish and Italian do.

What happens is that there are instances where I want to say something in Shanghainese, but I am only able to think of the Cantonese words for some of the ideas I wish to convey.

This happens the other way around as well, when I try speaking Cantonese, sometimes only Shanghainese words come to my mind.

It is a bit awkward at first, but I think with the progress in both languages, I will eventually be able to put an order to things, same as I did with other languages.

When learning Shanghainese, other dialects of Chinese or any other language really, I like to mix everything together, getting resources and material from anywhere I can find

When I’ve accumulated enough of such input, vocabulary, listening material, etc, I will then go ahead and start putting order to things, trying to find grammatical explanations to why certain things are said this way and not another way.

When I reach that point, I will already be able to speak the language like a human being, rather than grunts of “me want apple” and utterances of “How do you say… in Shanghainese”.

Want to studying Shanghainese yourself or have questions for Alex? Drop us a comment below and tell us about your journey! 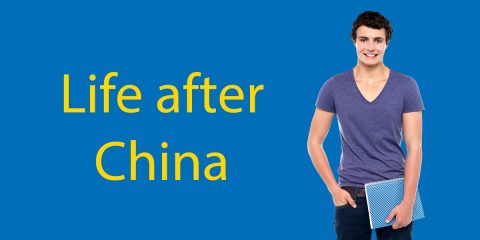