Han Dynasty China and the Roman Empire – What’s the Story?

This is a short introductory article about contact between Rome and China in the period 350 BC – 220 AD. This is not by any means an exhaustive article. It is meant as a starting point to discuss an interesting historical topic during what was a very important period in both Chinese and European history.

To properly understand early Sino-Roman contact we have to look way back, to the time of Alexander the Great in ancient Greece.

Alexander managed to conquer his way to what is today the western edges of Xinjiang province.

That being said, Alexander himself most likely did not know about China.

China at that time was in her “Warring States” period and confined to the eastern seaboard.

The western-most of the warring states in China was the Qin which stretched roughly to where the city of Lanzhou in Gansu province is today.

In other words, there was about 2,500km between the Greeks and the Qin.

However, some archeological excavations in Gansu province have yielded items of European origin.

This does not necessarily mean there was contact, but suggests that some form of direct or indirect trade was present.

Some 200 years later, in Europe, the Greeks were replaced by the Romans. In China, the warring states had ended with the Qin dynasty victorious.

However, the Qin dynasty did not last long and was quickly followed by the Han dynasty.

In 130 BC the Han court established embassies in Central Asia to create closer links with the civilizations of Ferghana, Bactria, and Parthia. Some embassies even went as far as modern day Syria.

Chinese Novels you just have to know (known as 四大名著) | When we speak of Chinese literature or Chinese novels we cannot help but refer to the great classics.

In 97 AD the Han wanted to send an embassy to Rome, but they were dissuaded by the state of Parthia.

The intermediate states between Rome and the Han are likely part of the reason why there was not more direct contact between China and Rome.

As the facilitators of trade between the two main empires, these states had a lot to gain to keep China and Rome from having close, direct contact as the wealth gained from being a trade hub must have been massive.

Even 3rd-century Chinese sources mention Rome’s wish to have contact with China, but Parthia (called Anxi in China) would not let them through.

The Geography – Han China and The Roman Empire

In Roman sources, there are references to a land, or a people called the “Seres”, this is most likely a reference to Northern China or the part of China which could be reached through the overland silk route.

This is opposed to “Sinae” which was southern China, or the parts of China which could be reached by sea. Contemporary Roman sources seem to be equal parts in awe of, and in fear of the silk-producing people from the East.

It is important to note, that some scholars consider the Seres to refer to Central Asian people and lands, and not China.

Discover the Best Mandarin Movies. Watching movies can be a great way to learn a language. Mandarin Chinese is, of course, no exception.

Chinese trade had an important role in Roman politics, as Chinese silk was very popular, so much so that concern was raised on whether too much money was being spent on trade to bring silk in, or if using silk was even morally right!

For being interested in China and Chinese silk, the Romans did not know exactly where China was, or how big China was.

Early cartographers showed China spread all over Asia, and into Africa.

However, Pomponius Mela, considered to be the first Roman cartographer managed to locate China fairly accurately around 45AD around India.

An area where the Han dynasty had expanded to.

Later cartographers were even more accurate, Ptolemy managed to map out the Silk Route and managed to pinpoint China.

This shows that information was making its way to Rome, although the exact source of this information is uncertain. It is not unlikely that the Chinese were coming to Rome. Some Chinese sources also cite Roman embassies having arrived in China.

Wrapping Up – Han China and the Roman Empire

To sum up, due to trade, and close proximity to each other in Central Asia, Han Dynasty China, and Rome were aware of each other at some level.

Silk was very popular with Roman elites, and Greco Roman artefacts have been found as far east as Gansu and Guangxi.

However, the amount and exact nature of direct contact between Han China and Rome is still unknown.

Contemporary sources are few and unreliable.

Central Asian states also had a vested interest in keeping these two empires ignorant of each other.

Sources and further reading – Han China and The Roman Empire

We give plenty of handy information on learning Chinese, useful apps to learn the language and everything going on at our LTL schools! Sign up below and become part of our ever-growing community! 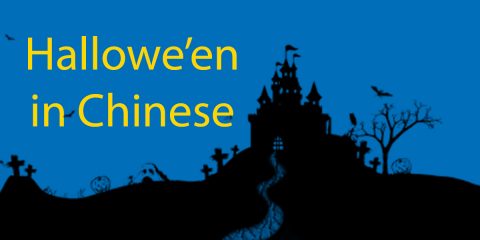 Next Post Happy Hallowe’en 🎃 Learn All the Vocab in Chinese