Can children learn Chinese in China?

Here’s is one of our success stories from a family who sent their 15 year old daughter to study Chinese in China with LTL. They did not wish to be named.

We are just back from two wonderful weeks in Beijing.

While we had been worried about staying two weeks in Beijing, we found the city to be easy to navigate.

The subway is easy and all stops are written and announced in English.

The food was delicious and inexpensive (we found multiple locations with fresh noodles and dumplings) and so many places to explore (cultural, shopping and just spending time where the locals are).

Our daughter is in her 5th year of studying Mandarin, is 15 and in 9th grade.

We felt she needed to go to China to practice the Mandarin that she had learned in school, try and learn more Mandarin and better understand Chinese culture.

We, therefore, decided to spend two weeks in Beijing over our daughter’s spring break.

We choose Beijing, so that she could practice Mandarin all the time.

I did a lot of research and spoke to many different language programs. I finally chose LTL Mandarin School, as it is the program that a major US travel group, which advises college students on overseas programs, including China, recommends.

Our daughter studied for 4 to 5 hours every day.

She was signed up for the Safari for a week, which she loved!

She went to a mall and bought socks, visited a park, went to a university and visited their book store (she bought the “Little Prince” in English, Mandarin and French and, also, “Hamlet” in English and Mandarin.)

The teachers also took her to local restaurants and she found the food to be delicious and often things she would not have chosen for herself.

She had two teachers, both of which she liked. The school gave her a workbook and she brought her HSK Level 3 book, which they worked through.

They also had her take oral tests.

We found LTL to be very flexible. We decided before we arrived, that we would like to have our daughter skip Friday class so that she could visit more sites.

We spoke to the school and they allowed her to add an hour on several days to make up for the time we had paid for and she was going to miss.

Finally, I’d like to say that we were so impressed that I have already contacted LTL about our daughter studying with LTL again next March.

That said, we have kids as young as 7-8, but also retirees coming to Learn Chinese in China – LTL is really open to absolutely anyone. 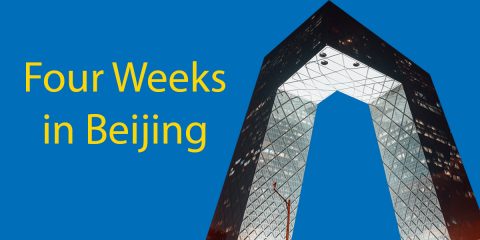