My LTL Experience in Beijing

I grew up in Newark, CA a small suburb in the East Bay with a large population of Chinese immigrants.

Due to this, it was common for my class to discuss Chinese traditions such as Chinese New Year’s and the different meanings associated with the zodiac and for me to see episodes of Chinese soap operas when round friends houses.

So you could say I’ve always had an interest in learning more about everyday life in China.

As I grew older and began to attend University, I was given the task of taking on a foreign language.

I had always heard that Chinese is the hardest language to learn but decided that it would be in my best interest to learn the language of a nation of people that have such a rich history and are gradually playing a more significant role in international politics and business.

So my journey began and at the age of twenty I began to study Chinese.

As my second semester of classes ended, I felt that I was not advancing at a pace that would allow me to actively communicate with Chinese nationals, so I began to look for language schools in China that could help me improve my spoken Mandarin.

My search lasted for a few months as I wanted to assure my family that I would be safe and that their investments in my future would be worthwhile.

After speaking with a number of representatives from multiple language schools I decided that LTL would be the best choice for me.

As I boarded my flight to Beijing I did not know what to expect, I was familiar with the language but not enough to hold a conversation, not enough to order food or even ask for directions for that matter.

Needless to say, I was terrified to be alone in a country that I had heard only bad things about.

After my plane landed and I made my way through customs, I could see a man and his wife holding a sign with my name on it, they lead me back to their car and drove me to my apartment and helped me to get settled.

So there I was in Beijing: hungry, alone with an elementary understanding of the language.

That evening I made my way to the supermarket and survived solely from pointing at dishes that appealed to me and made my way back to my apartment.

Later that night a young lady asked me if I needed help getting to school the next day and I realised then that joining a school with a friendly community was going to make a big difference to my stay.

From the first day of class I felt comfortable, the staff greeted me as I entered the building and asked how my accommodation was and added me to the Wechat group (aka the centre of LTL communications) and then I was introduced me to my new classmates.

Since attending LTL, I can honestly say that my speaking and comprehension skills have improve ten-fold and fears or misguided images that I had of Chinese people have dissipated with each passing day.

I have met many amazing people from all over the world and am proud to say that I have a friend that I know and trust on every continent on this planet as a result of my time in China.

The organized trips to The Great Wall have helped me overcome my fear of heights while also allowing me to challenge myself mentally and spiritually by learning how to take pleasure in the small things such as laying in a hammock in the middle of nowhere in China, listening to the cicadas buzz.

In the U.S. a common opinion of Chinese people is that they are rude and inconsiderate, I am here to say that is not true at all.

Through travels I have met numerous Chinese natives that make me question how Americans display gratitude and hospitality.

Chinese people are insanely friendly to the point where you feel like you’re taking advantage of them for simply complying with their generosity.

As my time here draws to an end, I will forever remember the friends I have made here and the places I have seen.

Of all the places you’ve visited in Beijing during your stay, which was your favourite and why?

So I am deathly afraid of heights, when I say deathly, I mean much coaxing is needed to get me to go anywhere higher than my own height 6’3!

With that said, my favourite place to visit was the Great Wall of China.

The Great Wall allowed me to conquer one of my fears that I believe has held me back a lot in the past, not to mention it is absolutely stunning!

The fresh air and the lush green hills scream majesty, also, the place I stayed was very nice, a small farming village that gave a much needed vacation from the busy big city life of Beijing.

What did you find most difficult about living in China?

To this day, what I find the most difficult about living in China is not being able to speak the language fluently.

I consider myself to be a rather talkative person or someone who enjoys intellectual conversations.

Because of this, I find it very difficult to live in China, being forced to express myself within certain boundaries.

The lack of fluency forces me to retreat to what I feel is a rather mundane lifestyle of constant studying to improve my vocabulary in the hope that one day I’ll be able to ask someone in fluent Mandarin about their opinion of subjects such as the Chinese government.

It will all be worth it in the end.

What was the hardest part of learning Chinese?

The hardest part about learning Chinese is the many different pronunciations of what to me, is the same words.

For example, my language partner is from Hubei and she pronounces her “N” the same as her “L” and her “Si” the same as “Shi”.

She is only one example, as I noticed that many people in Beijing have different pronunciations because they’ve all traveled to Beijing for work.

If I could be guaranteed that everyone in a room pronounced every word exactly the same, I would be less afraid to start a conversation with a stranger.

This issue also comes into play as I am trying to improve my listening comprehension it’s very difficult to improve when words you already know sound like new words.

What was the highlight of your time in China?

The highlight of my trip was going to a small “western themed” restaurant near the Communications University.

My classmate ordered nachos and received the poorest excuse for nachos I had ever seen in my life.

I couldn’t help but laugh, in fact as I answer this question I am laughing.

Overall, a very eye opening experience. I appreciate their effort on trying but now know never to order nachos in China!

This article was written by LTL student Jerell Parker from the USA. Jerell studied Mandarin in Small Group Classes for 10 weeks. 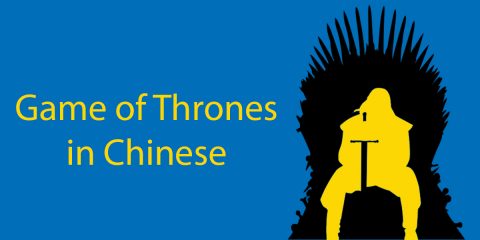 Previous Post Your Complete Guide to Game of Thrones 🎬 in Chinese 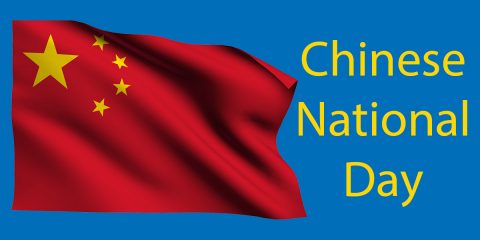