When I first arrived in China, learning the Mandarin language seemed like an impossible task.

Forgive me, but everything sounded like, ‘ching chong’, ‘ping pong’, ting tong’ and as for the characters, they just looked frightening and meant as much to me as looking at the lines on the palms of my hands………….yes, exactly ‘absolutely nothing!’

Pretty soon after my arrival I found that virtually every man, woman and child wanted to be my friend!

They were all offering to help me with my Chinese, this was essentially to improve their English – which incidentally is nearly always better than our Chinese.

Joy’s Story – One Month In

Within my first month not only did I have a full address book of Chinese friends, but I found that I had picked up some key words and phrases, just by hearing them repeatably said by the locals, namely, nǐ  hǎo (hello), zài jiàn (goodbye), xiè  xiè (thanks), méi wèn tí (no problem), méi guān xi (it doesn’t matter) and hǎo de (OK).

I also picked up a host of other phrases from taxi drivers, the most popular being, nǐ qù nǎ er lǐ? (where are you going?), màn zǒu (mind how you go) and bù kè qi (you’re welcome).

Whether you are here for a short visit to travel or for the long haul, learning about how to get a taxi in China is a must. Follow our simple guide

Although I still had to carry little bits of paper with me to show taxi drivers my destination, which was either hand written or typed in Chinese by one of my Chinese colleagues, I found that I could now have a simple conversation.

If not that at least have some answers ready for questions which would come up time and time again such as, ’měi guó rén?’ (American?) – for some unbeknown reason most taxi drivers thought that I was an American!

I think that is because I’m black and if I wasn’t African, they assumed that I was American.

I don’t think that many of them realise that there are black people in Britain!! My set answer to this question was, bù shì , wǒ shì  yīng guó rén (no, I’m English).

Having mastered the numbers one to ten and then eleven and twelve, I found that that stood me in good stead for the next three months.

There was a natural progression learning the time, days of the week and the months of the year, as they are all denoted using numbers, yī diǎn (1, o, clock), liǎng diǎn (2, o, clock), sān diǎn (3, o,clock) etc…

One thing that confused me was the number two, as there’s two ways of saying this number with ‘èr’ or ‘liǎng’. èr is used when counting and liǎng is used for everything else, which is not counting e.g. telling the time or for saying two of something etc.

Joy’s Story – One Year In

By twelve months, I was on my third teacher and as the saying goes, ‘third time lucky’ and was I lucky, because I bumped into a representative of ‘LTL at a networking event which I was attending.

I was immediately attracted to the name LTL which means to ‘Live The Language’ and instantly wanted to find out more – so I enrolled for their three hour free trial.

One of their teachers came to my home and discussed my goals, tested me and together we developed a tailored structure for my lessons to suit my learning style.

We then started again, from the beginning (reviewing pinyin) and filling in all the gaps in my knowledge, covering topic by topic thoroughly, as outlined in my customised lesson structure.

I am convinced that the best way to learn Chinese is to totally immerse oneself in the language as much as possible.

Those of us lao wei (foreigners), already living here have a natural advantage, in that we can hear and practice the language 24/7, if we choose to.

Apart from living in the country, the things which I found helpful were

A really radical idea (for those of you who love your privacy and space, like myself), but are really determined to learn the language is to get a Chinese flatmate, (I mean some one who only speaks Chinese and not a word of English).

This way, you’ll be forced to communicate in Chinese and there’s no way you can revert to English, because you simply won’t be understood.

I’m seriously thinking about this option, as I feel it will accelerate my Chinese ten-fold!

Finally, you could always get a Chinese boyfriend or girlfriend, so I’m told, but I haven’t explored that option yet!!

To compliment all of these options are a host of dictionaries which you can choose from, from the good old-fashioned printed hard copy to those which you can find on-line, as well as apps for your phone.

There are a lot out there, so there’s no excuse not to learn Chinese, if you really want to! What you need to do is to simply, ‘live the language’!

NINE Killer Ways To Learn Chinese // #2 Is A Winner

What is the Best Way to Learn Chinese as fast as possible? Here are 9 killer tips for (2020-21). We have access to more resources than ever before. 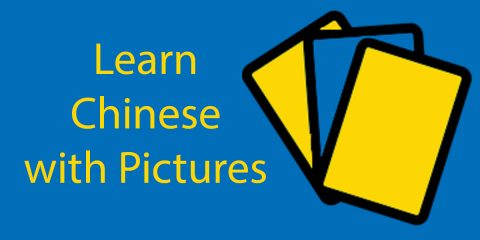 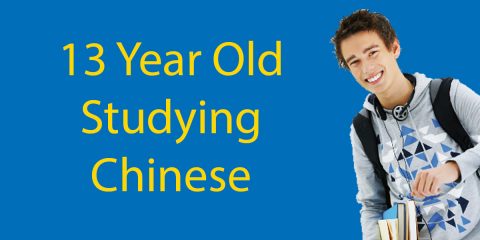 Next Post Studying Chinese as a Teenager 📖 Laodice’s Story