Four weeks in Beijing, it was a dream come true for Anthea, follow her story with LTL…

China – a huge country with a thousand facets, afflicted with countless number of prejudices which exist in the western hemisphere and so much that you ultimately don’t know.

For many years it was my dream: A language trip to Beijing to learn Chinese and to get to know the country and the people.

Luckily my dream came true and I finally had the opportunity to learn Chinese and live in Beijing.

Before my departure, I read a lot about China, but ultimately everything was different from what I had imagined and expected. China is indeed a country that you have to experience yourself!

I was often told that in China almost nobody speaks English, but this is hard to imagine in such a globalized world.

Could there really be a country on this earth, where almost no one speaks and understands English?

I couldn’t believe it until I experienced it myself. Chinese people don’t understand “no”, “yes”, “please” or even “thank you“.

It really is true that most people here can’t speak English!

When I arrived at my host family, I was overwhelmed with the situation of no one speaking and understanding English.

How could I manage to live with a Chinese family who can’t even understand if I say “no”?!

When I arrived, my knowledge of Chinese was no more than a simple “Nǐ hǎo“.

My first thought was “I can’t do this and I want to go back home!”

But then I reminded myself that it is one of my big dreams to be here in China and I started to get involved in the adventure that is “China”; no matter how frightening it was in the beginning, I made myself keep going.

Four Weeks in Beijing – Easier Than I Thought!

On my first day, my homestay mom accompanied me to school and showed me the way.

I felt a little bit like a schoolgirl on her first day of school, but it was incredibly amazing for me that she was there with me.

Most of my classmates had already arrived at the school. People from all over the world who share the same dream: learn Chinese in Beijing.

Due to many welcome breakfasts, lunches and evening events I was able to find some new friends during the first week and started feeling more comfortable.

All of the newly arrived LTL students shared the same fortune and the initial overtaxing – so I didn’t feel so lost any more. From day to day it became easier for me to find my way in this big, still foreign city.

As my Chinese improved I became more confident in completing a plethora of day-to-day tasks.

It started to become a lot of fun using the words I’ve learned at school and exploring the city.

While the idea of going out on the streets alone was absolutely terrifying to me on my first day, exploring new things and discovering the city became a kind of hobby during my weeks here in Beijing.

Whether this was buying stamps at the post office, bargaining with the salesmen in the markets or speaking with people on the subway who started talking to me in Chinese, rather than fleeing in panic.

Four Weeks in Beijing – The Buzz

On the weekends we discovered the city’s attractions together with the school, from Houhai, Lama Temple, Beihai Park up to the Summer Palace.

The absolute highlight was the school organized weekend trip to the Great Wall.

There might be no way of discovering this venerable wall more authentic.

In the same way, the LTL community was really exciting for getting to know the culinary side of China.

Every week there was at least one common dinner and on the weekends sightseeing or KTV.

There was always something suitably available for every taste.

After four weeks of language course my Chinese is of course far away from being perfect. But during these weeks in Beijing I still was able to learn a level of Chinese which enabled me coping with my everyday life in a country where no one is speaking English.

In the beginning I found it astonishing that English is not an option here to move forward if your Chinese sucks.

In retrospect this was the best thing that could happen to me. Because this is the reason why I was forced to try really everything and use my Chinese.

Thanks to the Chinese dictionary App “Pleco”, and all the helpful Chinese people who supported me, I got an experience that I always wanted to have.

During my time in Beijing I had the opportunity to learn a lot about China and I was able to realize that most of the western prejudices are ultimately not true.

This journey was a great experience for me and I was able to learn a lot about myself. I also made a video with LTL after my first week if you want to watch!

Written by Andrea, Student from Germany, studied four weeks of Chinese Group Classes at LTL and lived in a Chinese homestay. If you’re interested in learning more about an immersion experience in Beijing, contact us now! 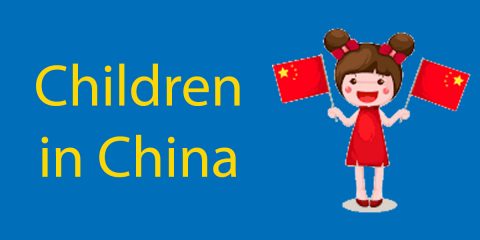 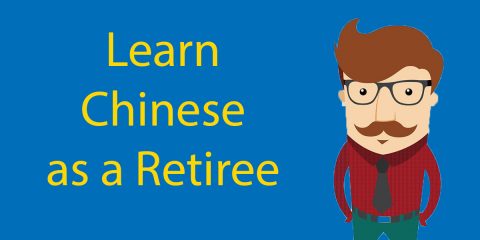 Next Post Learn Chinese as a Retiree 📚 What’s the Deal?