Learn Advanced Chinese – It Can Be Done!

So how do I learn Advanced Chinese?

Sure, textbooks are important. But if you’re after reaching pro – level Mandarin Chinese, total immersion is key.

You’re going to have to add some extra things on top of your textbook Chinese learning.

So, which things really work when you’re trying to learn a language at a more advanced level?

Use Apps in Chinese

If you’re already a fan of listening to music then this one will be the easiest one for you.

And the best way to say that you’re “studying” when actually you’re just enjoying some tunes on the way to work.

If you don’t live in China, listening to music is one of the best ways to immerse yourself in the language and learn advanced Chinese.

Depending on your Chinese language level, you can use listening to Chinese music as a way to get you used to the sounds, or you can be a more active listener and try to translate lyrics.

Bear in mind though, lyrics are often poetic and can be tricky to translate!

Using Chinese apps such as QQ Music or also YouTube, you can read the lyrics along with the song, karaoke style.

This also helps with your character reading ability!

Similar to listening to Chinese music, watching Chinese media can be very beneficial when it comes to immersing yourself in the language.

No matter what your level, you can use watching Chinese media as a great way to study.

Basic: Watch Chinese films and dramas in Chinese with English subtitles. This will help you to get used to the tones and sounds of the language.

Intermediate: Watch some of your favourite films in Chinese. Get on the Lion King in Chinese, or your other favourite Disney films and try to understand as much as you can. You already know the storyline, so you don’t need to worry about concentrating too much and getting lost!

Advanced: Watch a new Chinese film or drama – no subtitles! No cheating!

Pro: Watch a new Chinese film or drama and every new word you discover or new grammar construction you don’t understand, pause and look it up. At the end of the film, go over the new words you’ve just learnt!

Dating in China can be an interesting culture shock, but also a great experience.

Not to mention, it’s great for your Chinese, too!

Learning European languages such as German, French, and Spanish as an English native speaker can sometimes be difficult to use in relationships.

People from many other European countries will learn English as a second language and be pretty darn good at it.

So why would you bother speaking in their language when they already speak such good English? Also, it can get a bit intimidating if their English is a lot better.

It’s very easy to give up.

However, Chinese is different. You will find that not many people at all speak English as a second language. This is true especially so in the countryside or smaller cities, but also surprisingly true even in big cities such as Beijing.

Whether this is a blessing or a curse is debatable. There are certainly ups and downs to the little English spoken in China and the fact that English is not learnt as widely as in other countries.

So how can this help my Chinese?

Ever had an argument in Chinese?

If you want to give dating Chinese guys or girls a go, do try out the top Chinese dating apps to get you started!

Getting Chinese friends is not only a great way to learn the language but also learn and understand more about the culture.

You will hear Chinese as it is used in a natural environment by people of your age. Basically, the Chinese you want to be learning.

Sure, speaking to one Chinese friend is impressive. But can you hold your own speaking Chinese in front of a group of 5 or 6?

If you put yourself in a position where you have to speak Chinese, and you’ll be mimicking the environment in which you learnt your first language as a child.

You need to speak the language, so you have to learn Chinese. This way, learning Chinese will come much more natural to you.

Plus, get Chinese friends and they can tell you all about the latest Chinese social media trends, the best Chinese music, and give you some great tips on some good films and dramas to watch.

If you’ve made the move to China, using Chinese apps is something unavoidable. Many of the common apps such as DiDi and WeChat are available in English.

However, some apps you can’t live without, such as Waimai take-out services, are not available in English.

So, you’re going to have to start on your learning Chinese, lest you go hungry!

Using Chinese apps means that without the knowledge of the Chinese characters – you can’t do much on the app. So you’ll find that within hours of usage you’ll have picked up a whole new, albeit probably very specific, vocabulary.

My favourite apps I use every day that are only available in Chinese are QQ music (Spotify) and iQiYi (Netflix).

Both are cheaper than their western counterparts, and arguably better! You can only use both of these apps whilst in China, but there is also a download feature. Downloading films and dramas on iQiYi takes up very little space and same with QQ music.

An alternative to using Chinese apps, and probably for the more advanced learner, use your apps in Chinese!

Most apps will have an option to choose the language. Simply change your favourite or most used apps to Chinese… And suddenly learning those characters became a lot more vital!

If you’re ready to take the plunge, why not change your whole phone into Chinese. If this isn’t enough motivation for you learning Chinese, I don’t know what is!

Using Chinese social media will open you up to a whole new world of vocabulary. Internet, colloquial language. Chinese slang.

Whilst not something your Chinese teacher may be too thrilled about you learning, it certainly helps you to speak like a native – and look super hip and cool in front of your Chinese buddies.

It also helps you to keep up with the latest trends and things going on in the world. Social media is a big part of everyday life in China.

Something that goes viral on one platform will start to appear in shop windows, in the streets etc. Don’t get left out!

Apart from these handy tips, you should also practice the language every day, or at least use it in some shape or form. Even if that means 5 minutes on Memrise of a busy morning!

Totally immerse yourself in the language. This may be hard if you’re not studying or working in China, but you can do your best!

What is the best way to get to an advanced level of Chinese?

The best way to improve your Chinese to a strong level is to be in China, making Chinese friends and avoiding your native language at all costs.

This can involve tricks like changing the language of your phone to Chinese, only going to restaurants with Chinese (and no Pinyin on the menu either), and socialising with local Chinese whilst getting to know the culture. There is no substitute for immersing yourself into Chinese culture.

Where can I read advanced level Chinese content on my phone?

There are various apps where you can study advanced Chinese, although content is harder to come by than basic content.

What is the most advanced HSK Exam I can take?

HSK 6 is the most advanced Chinese language test a foreigner can take.

This requires studying Chinese characters extensively and being able to read and express yourself in any way you want with a local Mandarin speaker.

How many characters do I have to know to pass the HSK 6 exam?

Is there an advanced spoken HSK exam?

Oral HSK exams are referred to as the HSKK Exam and rather than six levels there are only three levels with the most advanced covering HSK 5 and HSK 6 content. 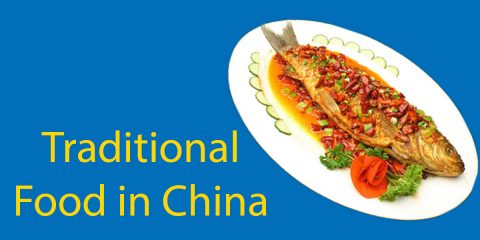 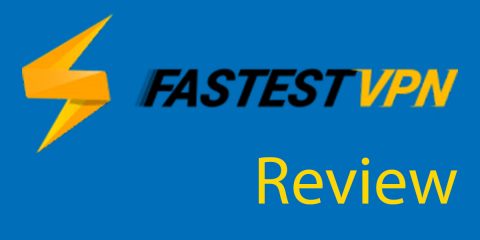 Next Post FastestVPN Review – Everything You Need To Know