Ready to learn something new – let’s talk about your favourite Superheroes in Chinese!

Superheroes, someone everyone dreams about being at some point in their life!

They are known for having a heroic attitude and supernatural powers they use to fight crime.

They defeat the villains and to protect the public.

They are our favourite film stars, but do you know how to talk about superheroes in Chinese?

Thought not! So let’s get teaching like we do best here at LTL!

The word to indicate Superheroes in Chinese is 超级英雄

Here is a rundown of some of our favourites. Who are yours?

Peter Parker 彼得•帕克 (Bǐdé • Pàkè) was only a teenager when he was bitten by a radioactive spider granting him spider-like powers.

After the death of his uncle, which he could have prevented, he learned how “with great power, comes great responsibility.”

From then on, he started to protect the innocent from harm.

How to write Spiderman in Chinese Characters: 蜘蛛侠

Literal Meaning: 蜘蛛 means spider, and 侠 is the word for a heroic person, so it’s a bit more like ‘Spider Hero’.

More of your favourite Spider Man characters and villains in Chinese:

One of the most famous and popular superheroes there is!

Kal-El was just a baby born on a planet called Krypton, when his parents placed him into a rocket bound for Earth.

Once landed he was found by Martha and Jonathan Kent who took him in and raised him as their own son with the name of Clark Kent克拉克•肯特 (Kèlākè • Kěntè).

A name synonymous with superheroes around the world and the film, which was released way back in 1978 cleared $300 million in the Box Office.

Superman remains to this day one of the most popular and talked about superheroes in the world of cinema!

How to write Superman in Chinese Characters: 超人

How to Pronouce Superman in Chinese Pinyin: Chāorén

More of your favourite Superman characters in Chinese:

Bruce Wayne 布鲁斯•韦恩 (bùlǔsī • wéiēn) is a billionaire industrialist and notorious playboy, but in his secret identity, he is Batman.

As Batman he wears a bat costume, fights against evil and strikes terror into the hearts of criminals everywhere.

Although he has no superhuman powers, he is one of the world’s greatest fighters and smartest men.

With that his popularity is huge!

How to write Batman in Chinese Characters: 蝙蝠侠

How to Pronouce Batman in Chinese Pinyin: Biānfúxiá

More of your favourite Batman characters and villains in Chinese:

The abilities that makes Batman a superhero are:

So we’ve picked our favourite three, but of course there are so may more characters to learn…

Wonder woman is a founding member of the Justice League 正义联盟 (zhèngyì liánméng), a team of superheroes ready to take on the world.

DID YOU KNOW – When off duty, ‘Wonder woman’ goes by the name ‘Diana Prince’.

How to write Wonder Woman in Chinese Characters: 神奇女侠

How to Pronouce Wonder Woman in Chinese Pinyin: Shénqí nǚxiá

Green Lantern has had several incarnations throughout the years.

Each one fights evil with the help of green rings that give them various superpowers.

How to write Green Lantern in Chinese Characters: 绿灯侠

How to Pronouce Green Lantern in Chinese Pinyin: lǜdēngxiá

We’ve couldn’t leave out some of our favourite Avengers characters, so here goes…

But who are your favourite superheroes?

Comment below with your favourite superheroes and films including them. Do you know their names in Chinese?

If you run out of animated Chinese superheroes to watch, why not check out Spongebob or Peppa Pig?

You can also get a free Chinese class online with us! 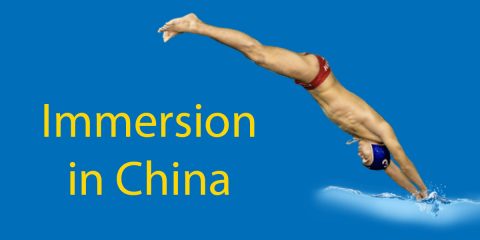 Next Post Why is Immersion in China THE Way to Go?