Superstition is a big deal in China. There are many lucky numbers in Chinese to be aware of.

Upon coming to China it is useful to understand various things about Chinese Culture. It runs deep through the heart of China.

You will experience many positive and negative things about the culture all the time.

From the moment the crowds leave you in shock during rush hour, to taking in the gorgeous sites of the Summer Palace on a crisp, Autumnal day in pure peace and harmony.

It doesn’t get much more diverse than China.

Numbers have a very important significance for many Chinese people.

Superstition runs incredibly deep here as some of the stories below will confirm.

Before we get stuck into the lucky numbers in Chinese let’s give you a quick rundown on how to write the numbers from 1-20 in Chinese.

The number 9 in Chinese sounds very similar to 久, jiŭ which translates to “long lasting” or “eternity”.

In fact both characters have the same pinyin and the same tone, meaning they sound exactly the same.

Due to this, it’s an example of a number that is used at Chinese weddings and also birthdays! The number represents longevity so is perfectly apt for either of these celebrations.

Other examples of joy the number 9 brings in China are:

The pinnacle of lucky numbers in China! Number 8 in Chinese, bā sounds very similar to the word “to prosper” 發 fā.

People in China go to extraordinary lengths to get themselves a number plate, or a mobile phone number with as many 8’s in there as possible!

Don’t forget to check out our blog on Chinese gift-giving etiquette:

Probably the most incredible relates to weddings and the Olympics.

The date 8/8/2008 was pencilled into many Chinese diaries not just because the start of the Olympics, but because a huge boom in Weddings surfaced for the big day.

Families wanted to start married life by offering themselves as much luck as possible, and by tying the knot on this special date, they’ve given themselves all the luck they could’ve wished for.

Couples continued the traditions by having 8 bridesmaids, 8 course meals or 8.08pm first dances! You can read more about this incredible day in China via an article on the NBC website.

Despite the fact the number 6 can have negative connotations in the western world due to the number 666 referring to the devil, in China it works differently.

When six is paired together numerous times to make 66, 666 or 6666 etc these are actually considered very lucky numbers.

In keeping with the theme of crazy number stories in China, here is one to rival the above stories for the number 8.

A Chinese motorcycle dealer in 增城 Zēngchéng of Guangdong Province in the south of China paid 272,000RMB (USD $34,000) for the motorcycle license plate AW6666!

There is really so much more to delve into. A quick Google search for further stories will give you an endless list of crazy lengths that can be reached, to gain the lucky number! We’ll leave that to you…

Chinese youngsters tend to use the number 666 (六六六) to express their admiration or positivity towards a situation.

DID YOU KNOW – There is a common Chinese Chengyu which goes, 六六大顺 (liù liù dà shùn). This means that things will go smoothly.

Another interesting anecdote that’s been commonly spoken of is that if a man wishes to wed his partner, he should confirm this with the gesture of giving a red packet of 6,666CNY or 66,666CNY. Be careful though, 666CNY might be too small an amount, especially given the story above!

Lucky Numbers in Chinese – Combinations and Their Meaning

Try to look out for them on number plates, phone numbers and in day to day life.

Moving on from singular lucky numbers, there are also some combinations which is worth introducing you to.

These aren’t necessarily lucky, but they are well worth knowing because you’ll see them pop up a lot! Let’s introduce you to two of them.

In the day and age of Social Media and young Chinese people attached to their phones 24/7 these trends are ever changing so keep an eye out for the latest number combinations!

So there you have it. The three luckiest numbers in Chinese culture.

Be very aware of these when giving gifts for example.

The gesture, especially from a foreigner won’t be forgotten if you hand over a red packet with 666 CNY in for a friend’s birthday.

CHINESE NUMBERS – Want to know the numbers from 1-100 in Chinese? Wondered how to saw your telephone number in Chinese, or when your birthday is? Drop in and check out our Chinese Numbers blog which covers all of these and much more.

Oh, and one more video tutorial for you to sign off… 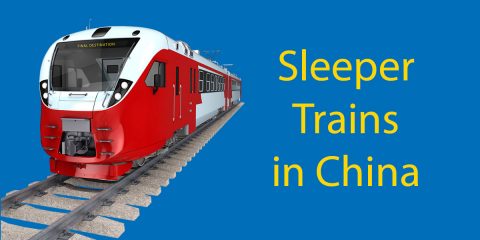 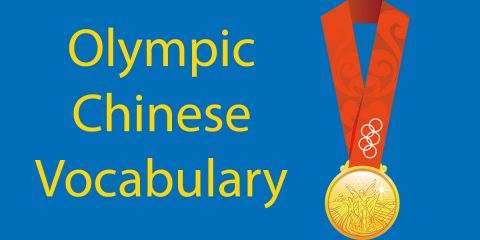