Ready to learn some things you don’t learn in the classroom. Here are some Chinese Swear Words you should absolutely learn!

Here at LTL we strongly believe in the power of full immersion in China and, of course, when you’re learning a language, you don’t just need to learn how to talk about the weather and how to describe your outfit.

You want to learn some Chinese swear words too, right? Come on, be honest!

You also need juicy content that will make you feel an active listener and speaker… even when the conversation goes too far!

⬇️⬇️⬇️ Test your knowledge of the Chinese Swear Words ⬇️⬇️⬇️

Chinese Swearing – Getting into an Argument

FREE QUIZ – Test Yourself in Swearing!

Here are some Chinese Swear words you’ll hear more than most others!

This quite simply means sh!t.

In a nutshell this is f*ck*ng sh!t in English!

The literal translation is “his mother’s.” Used day-to-day by most, you’ll hear this, even more so in the big cities.

Now to LEVEL 🆙 one more – want to break up with someone? Well we hope not, but if you do…

According to our Chinese colleagues, this is a fantastic way to break up with someone!! Who knew.

Calling someone a “stupid female reproduction system” is a very impolite way to describe a mean or disagreeable person.

Yet, this is one of the most commonly used curse words in China and it can be translated as “stupid c*nt”.

NOTE – If you go to a football match in China, be prepared for thousands of angry Chinese shouting 傻屄 (shǎ bī) when something goes against their side!

If the ref makes a bad call, why not join in yourself!? Might get some approving looks off some fellow angry locals and make a friend or two!!

It’s worth noting that the C-Word which is probably the strongest insult in English, is a little lighter in China, as you’ll see soon, the F-Word holds more weight.

If you like learning funny things about China, you should definitely check out our Chinglish blog too:

Quite a funny one this. It’s the number 250, but be careful, it has a darker meaning!

Calling someone “250” basically means they are stupid, useless, good for nothing, etc.

You’ll notice in China, the number 250 is avoided at all costs.

No prices will be 250CNY for example. Honestly! Crazy isn’t it?

By simply using the phrase 二百五 (Èr bǎi wǔ) as a foreigner will probably see a few laughs from the locals!

Whilst we are on the topic of numbers…

Commonly used, as in any language.

The character is particularly interesting (and rather crude) if you break it down.

Not a particularly nice one, but then are any of these?!

This means “f*ck your mother”

Oddly, in English one of the worse insults you can give anyone is uttering the word c*nt, yet in Chinese 傻屄 (shǎ bī) is much lighter than this one.

Call someone a 傻屄 (shǎ bī) and it ain’t nice, but say 肏你妈 (cào nǐ mā), and you could start a riot!

This translates to b!tch and should be used with absolute caution.

Caught saying this in the wrong situation, and you could be in quite the situation yourself. Chinese girls can be known to get, let’s say, rather rowdy in public situations!

See the video below for some good real-life usage for this.

拍马屁 means to brown-nose or suck up to someone. The literal translation of patting a horses backside is a rather funny one.

See if you notice this in the workplace with any Chinese colleagues you may have.

As you will see, a lot of negative meaning words consists of eggs in Chinese such as:

Being a “stupid egg,” this term is used to call someone a fool, an idiot, a moron etc.

Being a “bad egg” This is adjective is usually used to call someone unscrupulous or with reference to a “bad person”.

Means being a “mixed egg”. As you can probably guess, calling someone a “mixed egg” has something to do with his uncertain origin.

This word is, in fact, is used to call a person who is a b*stard, hoodlum or scoundrel.

Both of these simply mean fool – not the hardest hitting insults out of all the ones we’ve listed here… but still, get’s your point across!

This word is used both to define someone really suffering from a mental illness, or to someone who has an ambiguous manner and an equivocal attitude.

DID YOU KNOW – You may often hear this as a level of spice at certain restaurants.

As you can imagine biǎn tài lā (which directly translate to pervertedly hot) means the hottest thing you could possibly ask for!

Literally translated this means “to hit the aeroplane”.

So how does that relate to a sexual swear word. Have a think…?

Literally “little three”, it refers to someone who’s being the third person/third wheel in a relationship, another name for a kept woman, mistress.

If you are in Taiwan and Hong Kong, you can call a young lady 小姐 “Miss”, but when in Mainland China, it would be better for you to just say “美女” pretty girl, because 小姐 became a synonym for “prostitute”.

Chinese Memes and Funnies 😂 The Ultimate Collection (for 2022)

Chinese Memes for 2021 😅 Learning Chinese is a long road, so we’ve got to have some fun along the way, right? Check out our favourites.

This has a funny literal translation that appears to make not much sense!

“Selling tofu” literally! It is used as a euphemism for prostitution.

If you are a veggie or a vegan in China, and you like Tofu, go steady when enquiring at local markets and restaurants!

This literal translation is “eating tofu”

It is used to describe a man who is a pervert.

Be careful when asked by a Chinese friend 你喜欢吃豆腐吗? (Do you like eating Tofu?)… if they are a good/close friend they probably aren’t asking you what you think…! Note Tofu’s soft and rather bouncy like texture…

We’ll leave the rest to the imagination!

PSST – Want to learn how to read a Chinese menu in minutes?

As you probably already know, this word means “public bus”, but sometimes it can be used to someone who is easy to engage sexual activity on a regular basis, just like the English expression “village bicycle”.

OK time to put a bit more meeat on the bones so to speak.

We know how to swear in Chinese now, but we want some context, how we can use these in a sentence?

Let’s dive in and get you ready for any potential future disagreement!

你看什么看？
Nǐ kàn shénme kàn
What are you looking at?!

你的脑子进水啊？
Nǐ de nǎozi jìn shuǐ a
Are you out of your mind??!

And now it’s time to learn some slightly more stinging statements. Strap in:

关你屁事!
Guān nǐ pì shì
It is none of your goddamned business!

别那样和我说话！
Bié nàyàng hé wǒ shuōhuà
Don’t talk to me like that!

Maybe you could also add some kind of insult to add a little bit of extra bite?

And finally, this is how you put an end to the matter…

USEFUL NOTE – see that rather odd looking character 丫. This is pronounced yā. Oddly the original meaning for this is [email protected], but nowadays (especially with Beijingers) this is kind of seen as slang.

For example 你丫 (as used above) is virtually the same as 你.

With the hope that you will only use these sentences and words whilst kidding with your friends, we leave you with the most famous pacifist slogan in Chinese….

Time to put yourself to the test when it comes to swear words in Chinese! We’ve kindly prepared a quick-fire quiz for you to have a go at.

It’s super simple – choose from the options and get the results emailed to you immediately.

If you like learning languages of the Far East as well, then you’re bound to love our top Korean curse words article, most cutting Vietnamese swear words, and also the best Japanese swear words!

Last but certainly not least, our website is packed with excellent content about learning Chinese and Chinese culture, so here are a few more we think you’ll enjoy also… 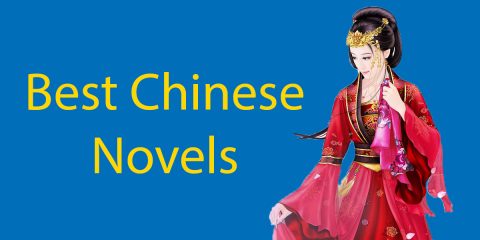 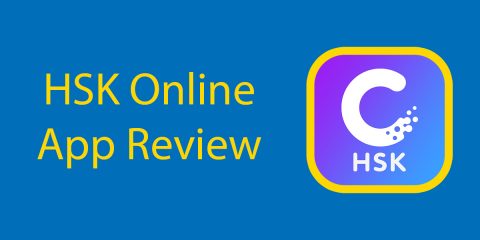